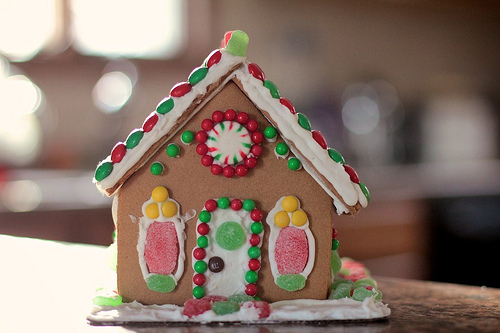 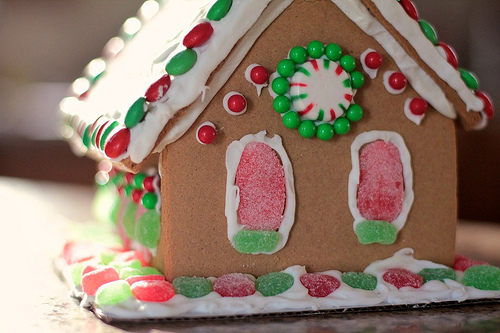 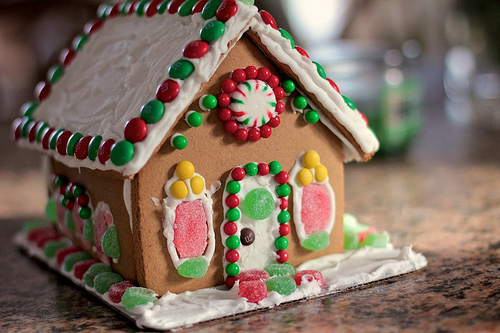 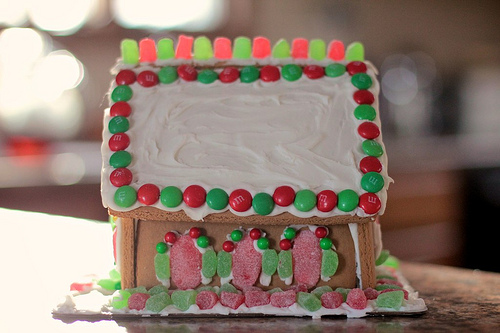 Have you watched the video yet??  Scroll down if you haven’t! I love it (duh) – especially the ending!!!  Thanks to Ryan for guest posting about the gingerbread bread house since I’ve had no time to do anything but homework and sleep!  Also, a huge thanks for his video editing skills yet again!  Sigh, to be a man of many talents…

I felt like such a man after blowing up a gingerbread house.  I guess it’s only fair since I made Ryan decorate it first.  :)  Since the fireworks were legal (haha), they weren’t powerful enough.  I jumped every time they went off though, shh. That’s when we got the hammers out!  Ryan got to take out his aggression on the “#%@^$! frosting” (as he called it). 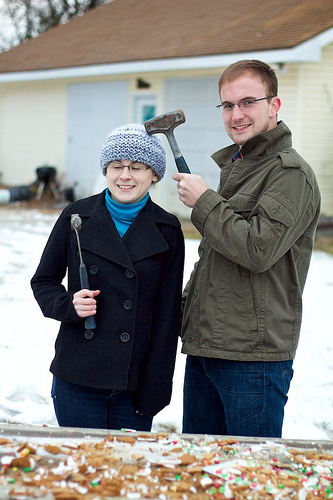 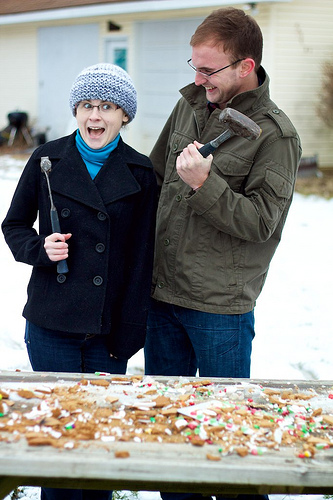 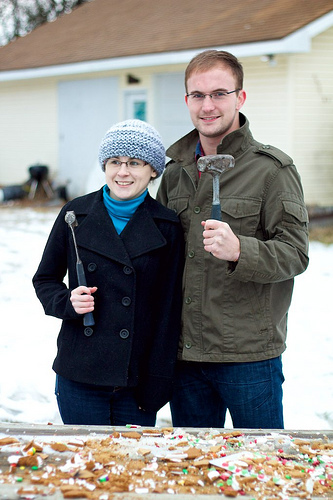 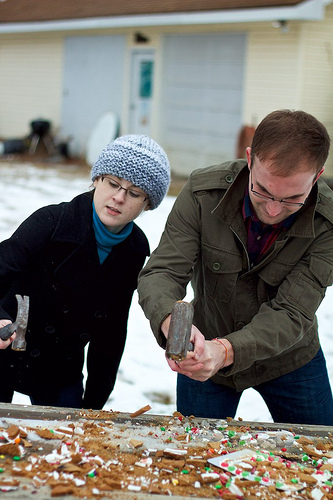 Then he tried to eat it!!!  EWW.  It was disgusting and tasted a little like fireworks. 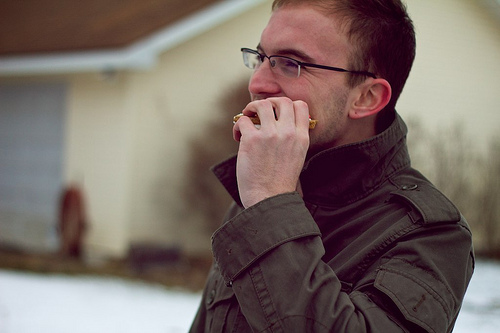 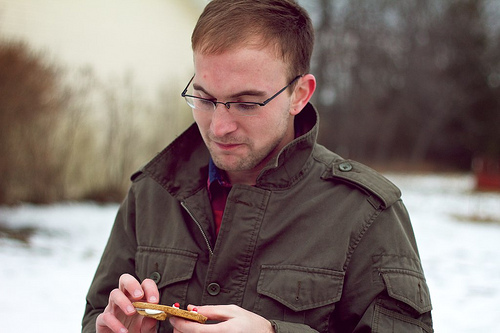 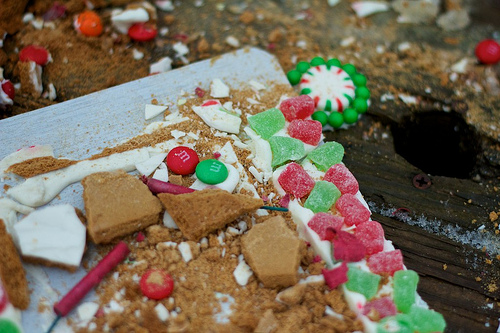 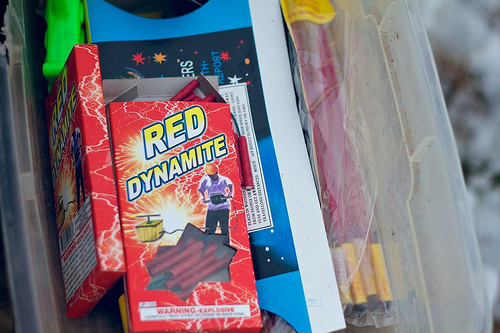 Hi everyone this is Ryan, I came to help explain this video. It may be no secret that I didn’t 100% enjoy putting together two gingerbread houses. The icing is the most frustrating part, not to mention trying to make it look good. Good thing Mindy and I bought two kits to try. The first one was horrid, and our second one wasn’t too bad. You can see them in one of Mindy’s previous posts HERE. They sat out for quite a while since Mindy wouldn’t let me slowly eat one, so when I was home just last weekend I decided it was time to blow them up. With the help of Mindy’s cousin and boyfriend we loaded them up with firecrackers and blew them up. We even used hammers on them too. Check out the video below. Maybe I’ll try another gingerbread house next Christmas if I can blow it up. What do you think?

3 responses to “Gingerbread House Blown Up”