Skip to content
In the summer of 2007, Ryan, his mom, and I went to Dairy Queen one night. [I was obsessed with the Caramel MooLatte, which would now murder my stomach]. I saw a sign for a contest called “Freeze! Click! Win!” where you were supposed to take a picture of yourself/whoever enjoying DQ products– I think the “Waffle Bowl” in particular now that I think back. For some reason I thought I would get on the website and post a picture. It seemed like a contest that may be possible to win because there was a $500 winner everyday for 2 months or so. After posting one picture and looking at the others that had been posted, I started brainstorming ideas. I kept a waffle bowl at my house and just kept refilling it with ice cream for the different pictures, HAHA. Before long I was on a mission to win!! I obviously had nothing better to do with my time! Here are some of the pictures/ideas I tried: 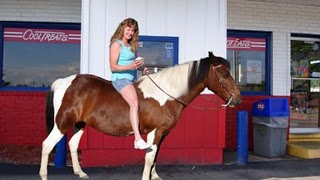 I thought this one would for sure win, but I guess they realized it was photoshopped? 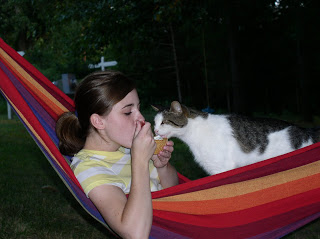 My cat & I on the hammock 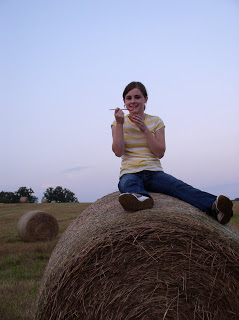 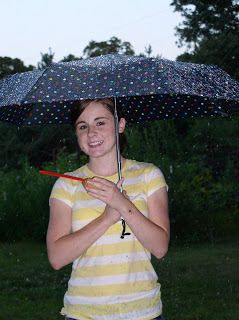 Even DQ in the “rain” – it was actually a sprinkler, LOL 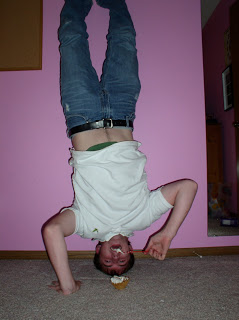 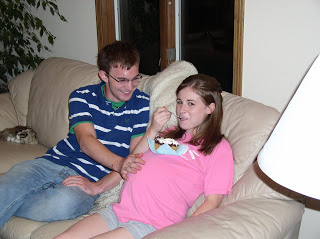 NOT REALLY PREGNANT- fake belly. But I think this one didn’t win because they were like…”A 10 year old pregnant? That’s not cool..” What was I thinking with some of these ideas?! 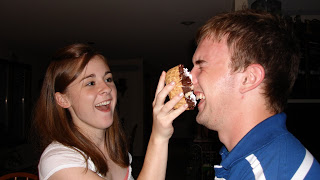 And finally– A WINNER!!!
I checked the website everyday to see if I was a winner, and one morning I was babysitting and looked on there– WE WON! I was so excited after trying so hard, not to mention I had never won $500 before. Ryan & I had to split it since I involved him of course, ha. Here’s a screenshot of the website on that day:

My determination worked! We were able to use the money toward our low-budget Florida trip later that summer! =)