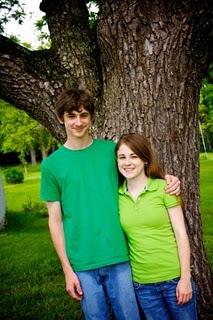 My Aunt Marcie & me 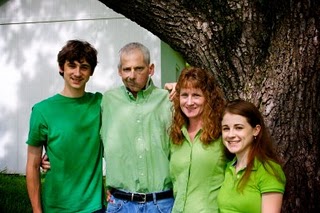 My family
[Above Pictures by Ryan Ray]
Wow! This past week has been so busy & fun– filled with family and friends, celebrations, and new memories.
Two days after my dad’s birthday was my parents 28th wedding anniversary and two days after that was my mom’s 48th birthday!
Ryan & I went fishing with some of my family. I have yet another amazing ‘fishing’ story… While Ryan, Anthony (my cousin’s friend), and I were out on the paddle boat fishing, my cousin Darah was fishing by the bank. We heard her yell, “I caught a clam! Come see it!” and we were thinking she grabbed it out of the water… Well when we finally got up there, she told us that she thought she caught a fish so she reeled in and she caught a clam!!! Evidently, the clam clamped on to the fishing line/part of the lure. It was the weirdest thing!!! My Aunt Marcie believes in symbolism, especially in nature, and in signs that God sends her. So she looked up the symbolism of a clam, and it represents Jesus in the womb/the virgin birth.
On Monday my whole family (Dad’s side) got together for Memorial Day at my Aunt & Uncle’s cabin/farm. It rained on and off all day, but it didn’t ruin our plans too much. We had a beautiful prayer/healing “ceremony” for lack of better words, for my dad, and then started the party. There was a photographer taking family pictures throughout the day and a traditional (so I was told) memorial day dinner. [I decided to eat a hotdog- first time in a year: totally against my no-nitrite lifestyle]. We were also celebrating my parents’ and my cousin Darah’s birthdays. However, Ryan and I missed the dessert/card opening because we were fishing!! My mom tried to call us but there was no cell phone signal. It’s okay though because together we caught about 70 fish (we are estimating, but not exaggerating, because we lost track)!!! It was quite ridiculous. You were almost guaranteed to throw the line in and catch a fish. They were mostly small bass, some perch, and then one catfish. I also have an important announcement: I GRABBED THE FISHES BY THE LIP AND TOOK THEM OFF THE HOOK. I screamed a couple times when they tried to flop around, but regardless, I actually did it by myself!!! This is a pretty big deal for me (and Ryan, so he doesn’t have to take my fish off the hook). However, we’ll have to see how it goes with the bigger bass we catch at Little Prairie. I’ll work up to them I guess. After dark when we were finished fishing, almost everyone had left, but Ryan and I stayed and hung out with Darah, Anthony, and my brother. It was really fun– oh & we played this “game” for probably an hour. You should try it! You stare at someone in the eyes, and say, “When I count to five you will be smiling..1,2,3,4,5..” and if they smile they lose! It was SOO funny because Ryan & I played it forever until he won. He was so cute everytime he burst into a smile. :)
The night before that we saw a live armadillo on the road, which was only the second live armadillo I’ve seen and the first for Ryan.
Unfortunately, I started catching a cold on Memorial Day night so I haven’t been feeling the greatest. I am glad though that I felt good during all the festivities. My aunt & cousin are on their way over to say bye, as they are headed to New York for a few days and then back to California.
I just love my family and being together with all of them. My dad is 1 of 5 siblings so it is a big family, but we’re all close. It is really fun and makes me not want to grow up because someday it won’t be the same. For now, I will take in all the memories I can. 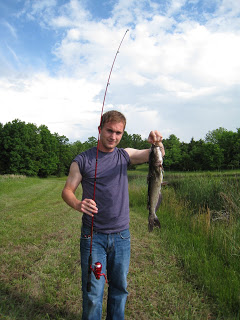 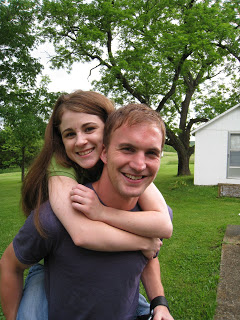 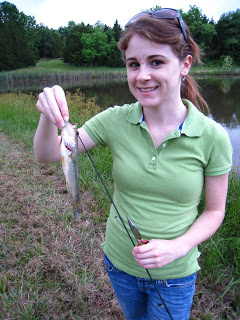 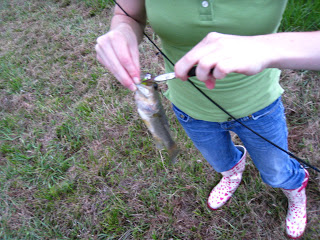 MORE PROOF
2 Kings 20:1-11
1 In those days Hezekiah was sick and near death. And Isaiah the prophet, the son of Amoz, went to him and said to him, “Thus says the LORD: ‘Set your house in order, for you shall die, and not live.’”
2 Then he turned his face toward the wall, and prayed to the LORD, saying, 3 “Remember now, O LORD, I pray, how I have walked before You in truth and with a loyal heart, and have done what was good in Your sight.” And Hezekiah wept bitterly.
4 And it happened, before Isaiah had gone out into the middle court, that the word of the LORD came to him, saying, 5 “Return and tell Hezekiah the leader of My people, ‘Thus says the LORD, the God of David your father: “I have heard your prayer, I have seen your tears; surely I will heal you. On the third day you shall go up to the house of the LORD. 6 And I will add to your days fifteen years. I will deliver you and this city from the hand of the king of Assyria; and I will defend this city for My own sake, and for the sake of My servant David.”’”
7 Then Isaiah said, “Take a lump of figs.” So they took and laid it on the boil, and he recovered.
8 And Hezekiah said to Isaiah, “What is the sign that the LORD will heal me, and that I shall go up to the house of the LORD the third day?”
9 Then Isaiah said, “This is the sign to you from the LORD, that the LORD will do the thing which He has spoken: shall the shadow go forward ten degrees or go backward ten degrees?”
10 And Hezekiah answered, “It is an easy thing for the shadow to go down ten degrees; no, but let the shadow go backward ten degrees.”
11 So Isaiah the prophet cried out to the LORD, and He brought the shadow ten degrees backward, by which it had gone down on the sundial of Ahaz.
Matthew 17:14-21
14 And when they had come to the multitude, a man came to Him, kneeling down to Him and saying, 15 “Lord, have mercy on my son, for he is an epileptic and suffers severely; for he often falls into the fire and often into the water. 16 So I brought him to Your disciples, but they could not cure him.”
17 Then Jesus answered and said, “O faithless and perverse generation, how long shall I be with you? How long shall I bear with you? Bring him here to Me.” 18 And Jesus rebuked the demon, and it came out of him; and the child was cured from that very hour.
19 Then the disciples came to Jesus privately and said, “Why could we not cast it out?”
20 So Jesus said to them, “Because of your unbelief; for assuredly, I say to you, if you have faith as a mustard seed, you will say to this mountain, ‘Move from here to there,’ and it will move; and nothing will be impossible for you. 21 However, this kind does not go out except by prayer and fasting.”
Psalm 103:1-4
1 Praise the LORD, O my soul;
all my inmost being, praise his holy name.
2 Praise the LORD, O my soul,
and forget not all his benefits-
3 who forgives all your sins
and heals all your diseases,
4 who redeems your life from the pit
and crowns you with love and compassion