If you guessed that January 7th was our first kiss anniversary, you were right! FYI- that was not a picture of our first kiss, but one from a few years ago. 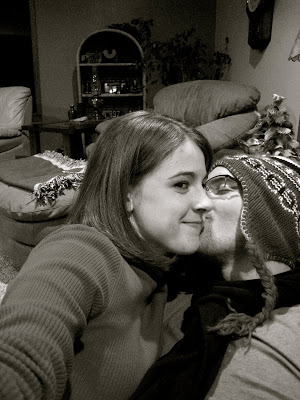 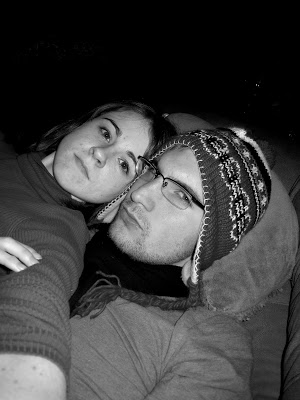 Ryan was supposed to leave to go back to Indiana on that day, the 7th, so that he could go to Pennsylvania with the John Tibbs band for the weekend. However, his Mom didn’t want to drive him through the wintery weather in the midwest. Ryan was really bummed until an hour or so later when he found out that the conference wasn’t really this weekend! The band was told the wrong date, so if they would have went to PA, there would’ve been a band and no conference. Weird how it all worked out, but it was a happy ending. I got a few extra days with Ryan and he didn’t miss out on any drumming opportunities.
Unfortunately, we had to say our goodbyes (again, but this time for real) this morning. I’m really sad to see him go… but also thankful for the awesome time we had over Christmas break. I was really getting used to (and loving) having him around! I am feeling at peace with my decision to stay here this semester… but even though it’s the best decision, it still sucks. Confusing, I know. Another semester begins on Monday…