[box type=”note”]Read Day 1 and Day 2 of our trip here.  I hope y’all are enjoying all the pictures and stories about the South!  ;o)[/box]

Monday morning; Savannah, GA – Micah (Darah’s boyfriend who is a chef) made us some YUMMY breakfast burritos full of all kinds of goodies (bacon, egg, potatoes, cheese, spinach).  It was a very sustaining brunch!

Then we wore the warmest clothes we packed (since it was like 50 degrees outside) and went to the famous cemetery in Savannah called Bonaventure.  Apparantly it is famous because it was featured in the book and novel Midnight in the Garden of Good and Evil – which I’ve never read/seen.  Have you?

Oh did I mention that Savannah is the MOST haunted city in the United States??  Just a little tidbit for you.  They have TONS of ghost tours, including one where you ride in an old hearse.  AHHH.  We were going to go on a walking ghost tour, but never got around to it.  We did drive by one late at night and circled back around them with our windows down playing GHOST BUSTERS really loud.  Flippin’ hilarious! 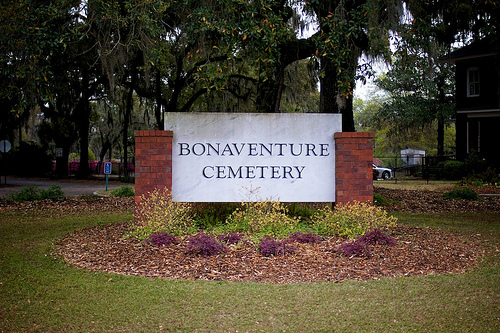 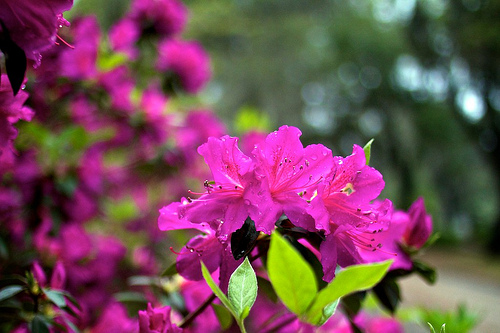 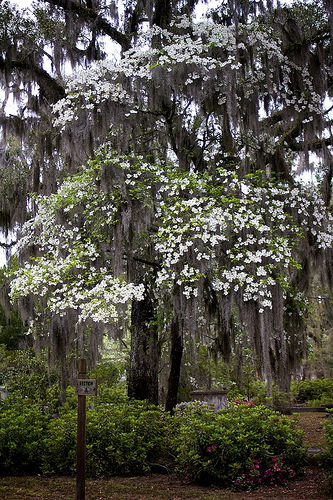 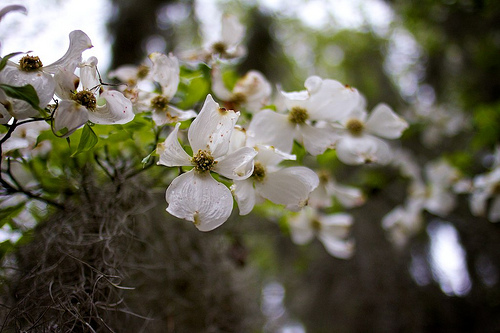 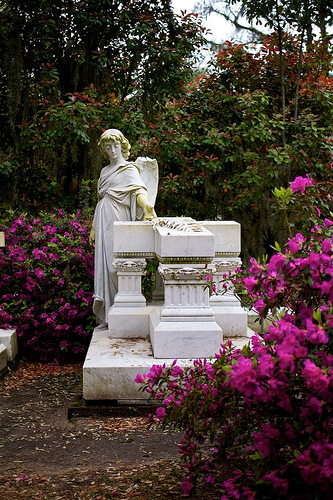 Bonaventure is a HUGE cemetery (160 acres, you literally need a map if you wanted to find certain sections) and as weird or morbid as it sounds, it is beautiful.  The flora is gorgeous and it is so peaceful there.  But of course, it is a old cemetery so the Spanish moss hanging down from the trees does make it a little eerie.  I think it’s only open during the day for a reason.  Google it and you’re sure to find some good stories.

It seems to be one of the top attractions in Savannah that is also FREE. 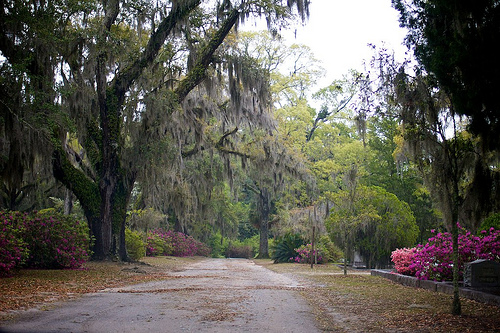 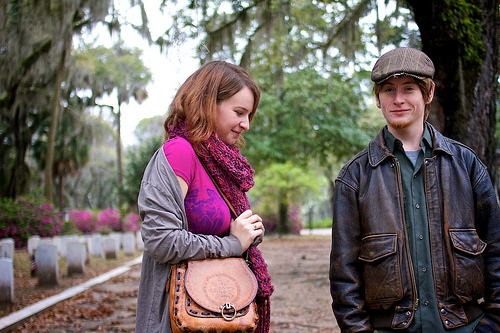 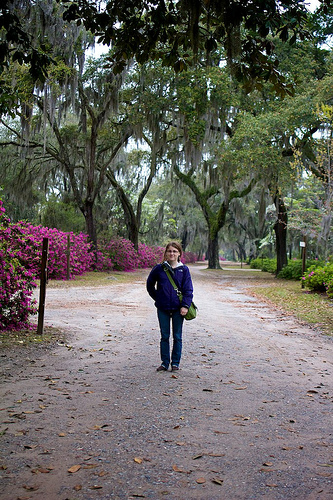 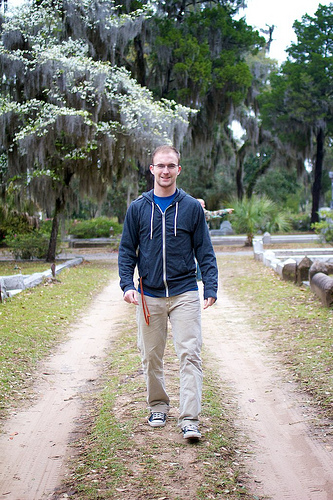 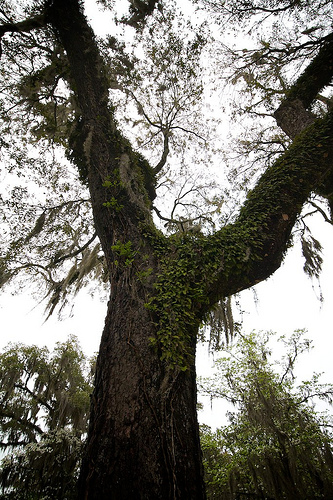 So, camera in hand, we checked out a tiny part of it.  I took tons and tons of pictures.  We saw the famous grave of Gracie Watson, a six year old girl who died of pneumonia in 1889.  A local told us we were supposed to leave a heads-up penny by her fenced-in grave, so we followed suit. 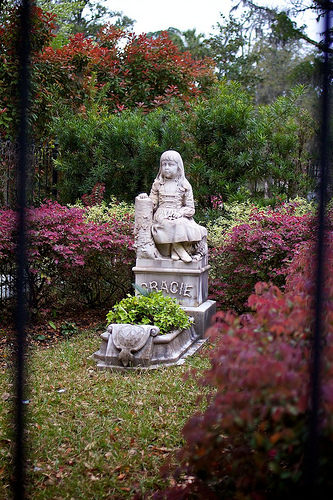 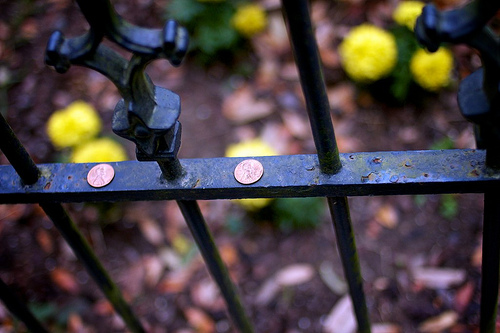 Next up we took Micah to work and hung out with Darah and one of their neighbors, Zach.  Again, we walked around downtown, since our shopping got interrupted by the rain the day before, and River Street.  This time, we went into Urban Outfitters (had never been into one), the Gap, Savannah Bee Company & Savannah’s Candy Kitchen (yes, again!), and The Peanut Shop.

We got some coffee at another local coffee shop, Gallery Espresso, and ate dinner at Five Guys (we tried to stay away from chains, but that my first time there!)

There’s a ton of “squares” in Savannah and below is a picture of one.  The Spanish moss is everywhere in Savannah, growing on the Live Oak trees.  Did you know the bench scene in Forest Gump was filmed at a square in Savannah?! They put the bench in a museum though, boo. 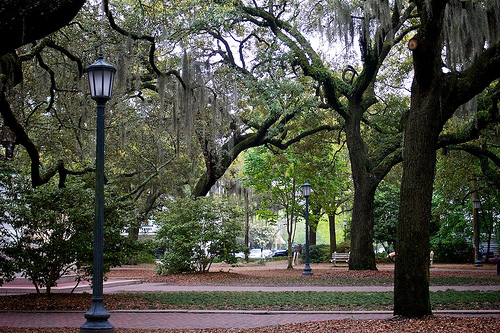 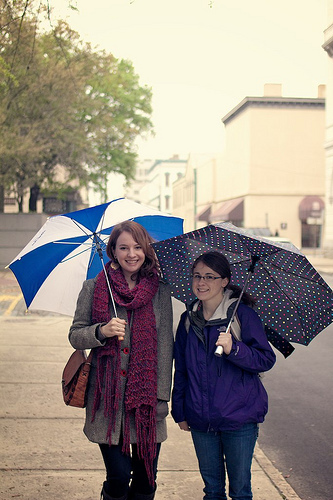 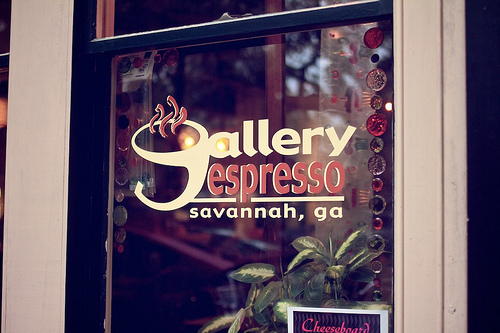 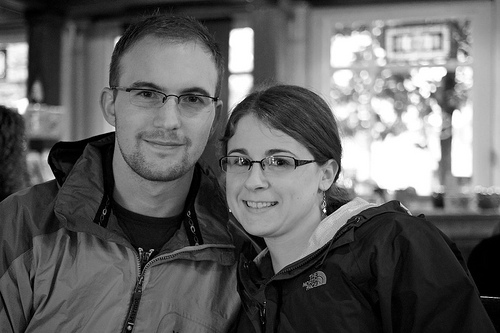 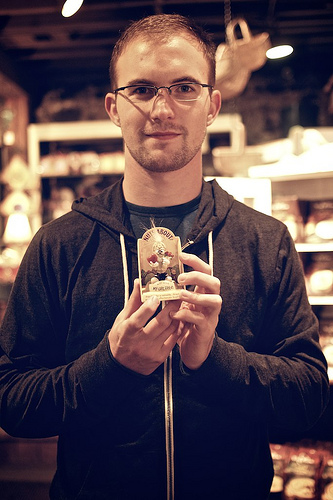 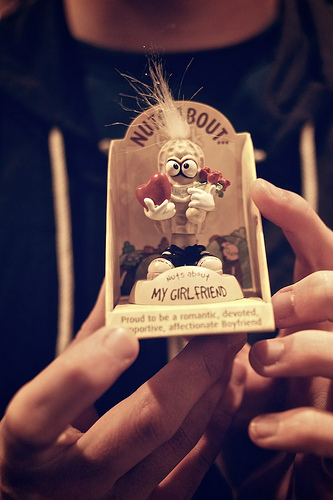 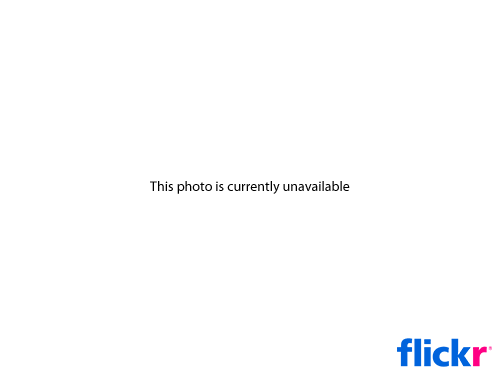 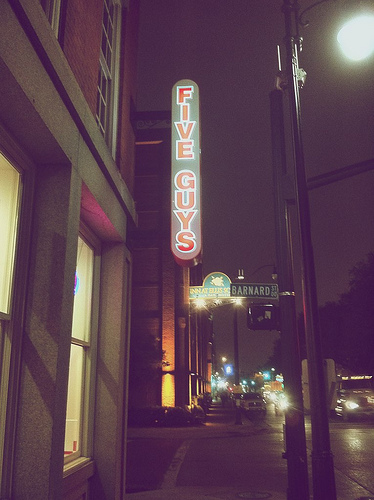 More pictures of Savannah’s Candy Kitchen, where you can watch them make taffy and get fresh samples: 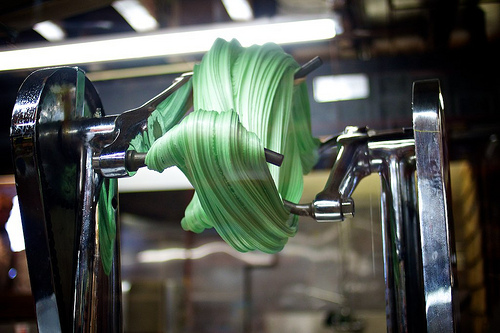 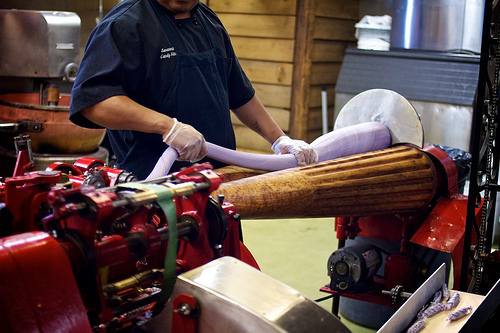 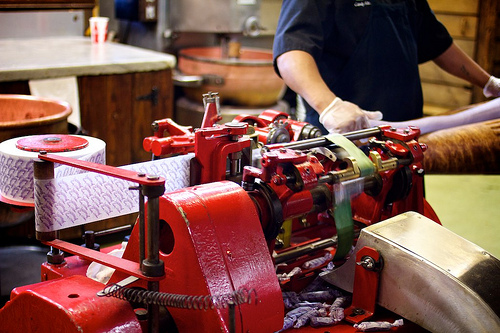 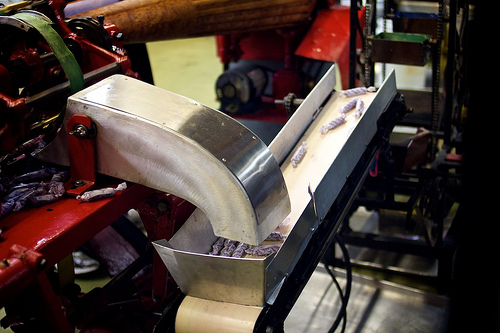