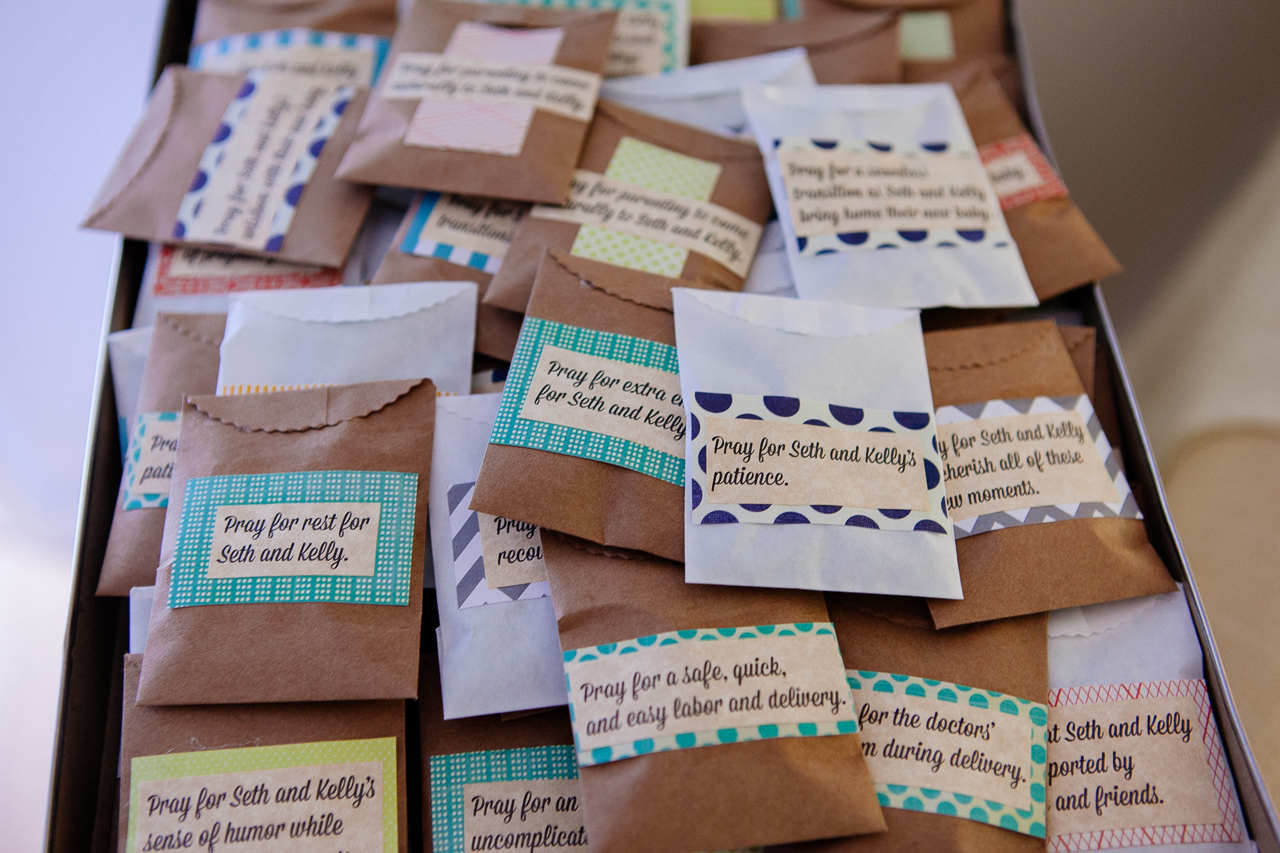 I am finally writing this post after 7 months, but hey, better late than never! ;)

Back in May of 2013, I helped a couple friends host a baby shower for our friends Seth & Kelly. We decided to have an open-house style baby shower at our house. There was subtle “woodland” theme to match their nursery theme. The decorations were pretty simple – a few buntings and pinecones here and there. They didn’t want a traditional shower (I don’t blame them) so we did things a little different than usual.

First off, gals & guys were both invited! People could stop in and go as they please. They could enjoy a taco bar and cupcakes, chat with the parents-to-be and friends, and participate in a few activities. We even had the backyard open for older kids to play. Since it was open house style, there weren’t any embarrassing games or present opening. Instead, we had a few stations for guests. I wanted to share these ideas in case someone wanted to replicate them. I made the graphics and Carrie framed them so we could set them at each “station.”

For the guestbook, Carrie had a tree drawn with no leaves. Guests at the baby shower left their thumbprints (no signature) on the tree with a couple different colors of green. She then framed it in an awesome wood frame and added the words “You Are Loved.” This served as a neat guestbook/decoration/gift for the baby’s woodland themed nursery.

Since Seth & Kelly opted to not find out the gender of their baby until birth, we had a little gender-guessing activity at the shower. We had pre-cut pieces of scrapbook paper so people could add a link (by stapling it) to either the girl or boy chain (that we started before guests arrived). It ended up being almost equal at the end of the night!

Another fun activity we had was for guests to write a message on some diapers that we set out (with sharpies). We figured it would give Seth & Kelly some entertainment or encouragement later. :)

Kelly was due at the end of June, so we had up calendars for July and August up where guests could sign their name on a date with what meal they would like to take to Seth & Kelly. I think the only thing I would recommend is to block out the first few weeks of when the baby is expected to be there if family is going to be around helping.

By the door, we had a little favor for the guests to grab as they left. Carrie bought a bag of wildflower seeds and divided them up into little bags. On the bags, we glued a piece of scrapbook paper and then a prayer request for Seth & Kelly. The guest could plant their seeds and hopefully be reminded to pray this certain prayer for Seth & Kelly as they watched the flowers grow.

The shower was lots of fun! Overall, we wanted Seth & Kelly to know how much they are loved and how excited we were to meet their sweet baby. :)