As of yesterday, we are officially Aunt Mindy & Uncle Ryan! Ryan’s brother and his wife welcomed their first baby, Aubrey Marie, into the world! She was a perfect and healthy 8 lbs and 20 inches long! We cannot wait to meet her when we go back home and visit! We’re so happy for their new little family. I love how proud Ryan’s Mom is as Grandma too. :)

Look how cute and sweet she is…

Not only are we recent home owners, but also recent dog owners!!! :) Now we have 2 cats and 1 dog and our animals officially outnumber humans 3:2!

At the beginning of April, we adopted a 2(ish) year old male Corgi who we named Jasper. Of course, we had to continue the gemstone theme with our pet names. Now we have Onyx, Pearl, and Jasper. ;) 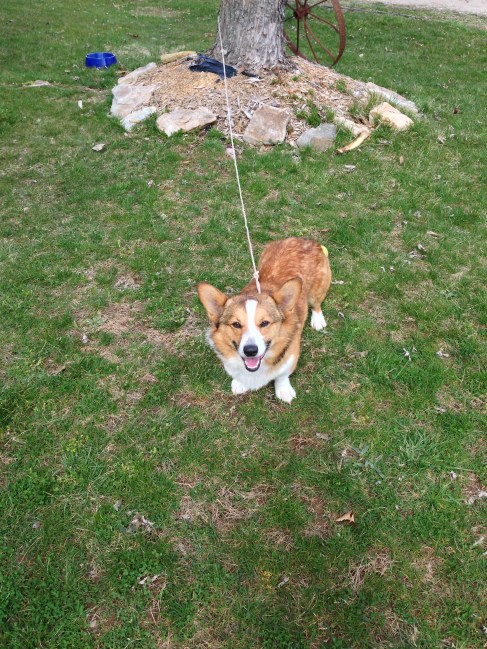 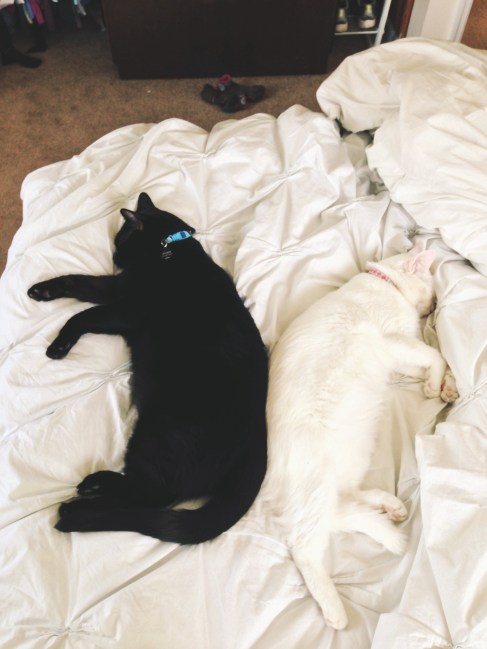 We don’t know much about his history except that he ended up in a Missouri animal shelter in January and a nice lady with a horse ranch adopted him. However, he didn’t work out too well at the ranch. He chased the horses and the cars on the busy road. She determined that it just wasn’t safe enough for him as he just wanted to run free. I really wish we knew more about where he came from, as he appears to be a full bred Corgi and they don’t end up at shelters too often.

We found out through Facebook and Ryan’s Mom that he needed a new home and it coincided with our trip to Missouri to visit family. We went and met Jasper and decided we wanted to adopt him! He’s SO sweet and loving. We liked the fact that he was past the puppy stage and that he was the perfect size for us. We gave him several baths and got rid of his fleas (as he was living in a barn) and he travelled back home with us to Indianapolis.

Jasper seems to love his new home with a big fenced in yard, long walks around the neighborhood, and a nice sunroom to sleep in at night. When he’s really lucky, he gets to come inside and sit by us on the couch or office. ;) So far, we have taught him to sit and shake and he caught on pretty quickly. He’s a smart little guy and just cute as a button. Our cats don’t love him… but it works. Onyx actually has been trying to play with him lately (we think) and Pearl hisses and growls at him (but that’s typical Pearl).

I’m so glad we found the perfect dog for us! We knew we wanted a dog at some point and he kind of just fell into our laps. I think they call that fate. ;) 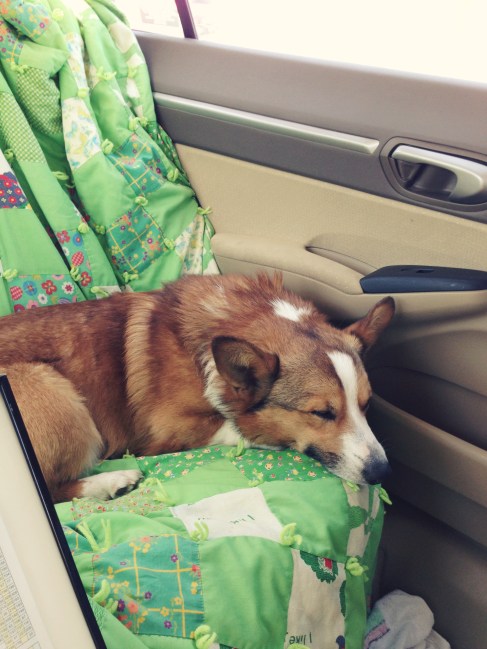 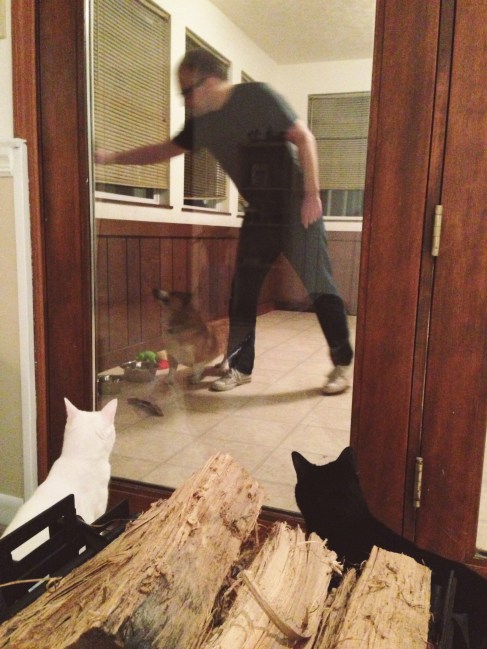 I wrote this post before The Pet Fiasco of 2013 that happened yesterday so I’m not very happy with our pets right now. Jasper, the friendly dog, does not describe him at the moment.

First – Pearl decided to climb the neighbor’s tall, wooden fence because she loves to run away from our yard. I couldn’t reach her since the fence is way above my head. The neighbor’s dog smells fresh prey and comes out of the house and starts jumping up at her trying to eat her for lunch. She just sat stunned at the top of the fence, barely balancing, all while it looked like the fence was going to be knocked down from the dog. I seriously thought she was a goner if she jumped or fell into the yard. Well – she did.

I didn’t know what happened to her until I saw her way up in the neighbor’s tree. I guess she outran the dog by means of a miracle. I seriously couldn’t believe she was alive. After a while the neighbor got home and I told him what happened. He said he was surprised – and glad – that nothing happened to her. I tried coaxing her down from the tree and back into our yard.

In the process, Jasper somehow gets out of the gate in our yard and I thought he was going to run away. Instead, he goes after a group of three dogs who were being walked in front of our house. I run after him and he starts biting and fighting with this poor innocent Beagle. I did not want to get in the middle of a dog fight and it was nearly impossible with 4 dogs tangled up. I just yell at Jasper while I’m in shock of what’s happening.

Ryan hears all this going on and runs outside and pulls Jasper off of the dog. The Beagle gets loose and starts running down the street so I run after him so he doesn’t run away. It’s the least I can do for the poor lady and her dogs. Well, I’ve been sick so that about killed my lungs to run a block, but I did manage to chase the dog home and he stayed until the owner got there.

Thankfully she was really kind about it all and the dogs were unharmed. What a great way to meet our neighbors, right?! Pearl ended up coming down the tree and coming back inside and was unharmed besides a chunk of fur that is now missing. Well, right after all this drama, Ryan and I got in a big argument over it all and it ended in a lot of tears. I couldn’t get to sleep very well last night because I kept re-playing all of this in my mind. It just turned out to be a horrible, no good, very bad day.

I know I’ve neglected this blog of mine and vowed to start blogging regularly several times, but it just hasn’t happened! Nonetheless, I am writing my highlights of 2012 because I love to look back on these! Here’s 2010 and 2011 in review.

Now that 2013 is here, I’m looking forward to a great year ahead! We’re closing on our house soon (YAY!), we already have 7 weddings booked, we’re going to become an Aunt & Uncle for the first time (Ryan’s brother & sister-in-law are having a baby girl!), we’re finally going on our honeymoon this year, ha, and who knows what else 2013 has in store! 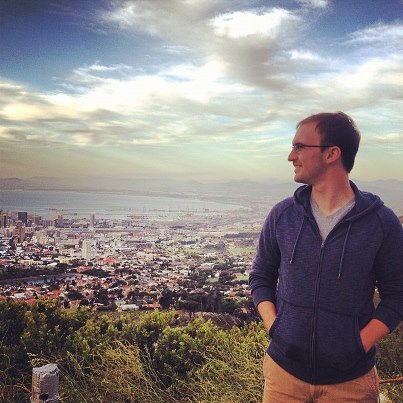