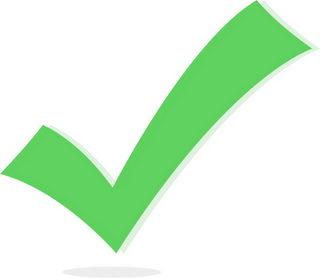 Today marked the completion of the fastest-semester-of-my-life. I know, I always say they’re fast, but really, this is getting ridiculous!! Ridiculous in a good way of course, because school certainly isn’t my favorite thing in the world.
Last semester I didn’t have a finals week, but this semester I still can’t complain because I only had one final. Although I still complained because it was in history, a class that literally made me re-consider my college career. As in… drop-out or drop-out? I had negative motivation to study for that class because there was entirely TMI. Dates, people, wars, and countries were almost impossible to remember and keep separate so I pretty much just hoped for a good grade. The only part about the class that I liked was using up all the white space on the class/teacher evaluation sheet… that’s all I have to say about that. Just talking about this class raises my blood pressure so please someone buy my books and never ask me about it again! I will have nothing to say because by the end of this week I won’t remember a thing I “learned!”
Speaking of learning, what did I learn from these 12 credit hours?
[insert cricket chirping sound here]
…..
What I can tell you is I’ll probably never again have a class like Art Appreciation. One where you get one literal credit hour for the price of three… or you could say three credit hours in the time of one… whatever you want to call it, we weren’t in class much. I think 5 of the 15 classes were cancelled, mostly due to rain. We had no tests and no assignments besides one little (or big; your choice) paper at the end of the semester identifying our personal aesthetic. As long as we went to the ten, three-hour one-hour long classes, we are supposed to get an A…. crappy paper, or not.
I can also tell you that it doesn’t make sense that in my education class it sometimes took 3 class periods to get through one silly chapter, but in history we sped through 1 chapter in one class. So-called “survey” classes are a joke. I’m more of an all or nothing kind of girl, and survey classes are in between. You skim through a whole lot of stuff (like thousands and thousands of years worth of material) and they expect you to retain something important out of all of it. Not so much.
This semester feels like two separate parts… the reason being that the first half was really busy and filled with 120 hours of classroom experience, both in elementary and high school classrooms. After I finished those two classes, the second half of the semester was lazy, lazy, lazy. I didn’t work as a sub like I first planned because I enjoyed sleeping in too much. Mostly because I am not familiar with the word “motivation” at this point in my life. I do hope to befriend it sometime soon. I remember writing up some goals on here for this semester and without looking back on them (because I’d rather not) I can probably tell you that they were not achieved. Unfortunately, this semester was plagued with depression and anxiety like never before. I’m not so sure I can make it through a “normal” load of classes next semester without begging for some kind of meds….
Speaking of next semester… oh never mind, I do not want to talk about that right now. It will ruin my end-of-the-semester high. All I know is that I like the fall semester so much better than the “spring” one. (Spring in quotations because it should be called winter. Spring doesn’t come until the very end, in my opinion.) The spring semester is oh so long and ugh, like I said.. don’t get me started!
This is (only, sigh) my fourth semester I’ve completed, which means if I’m lucky, I’m half-way there. I am now officially a senior by credit hours and a junior by semesters attended. Just call me a senior for the next 2-3 years of my life.
With all this being said, I’m pretty confident that this semester will look good on paper (4.0) and if they put this on paper (which they should), another semester of perfect attendance! Not as note-worthy as last semester’s perfect attendance considering I only went to class 4 times a week after mid-term, but still worth bragging about a little.
If you read all this rambling and make it to this point, you deserve a congrats yourself!
Four down… four to go. I made it!
Now bring on the boyfriend.