Since I successfully pulled Ryan off my hip and sent him to work on his to-do list, I can now write about what we’ve been up to! (Okay, maybe he had to de-attach me from his. Either way…)
Believe it or not, I actually have more to say than, “We’ve been cuddling.” But you can bet we have done our fair share.
First off, I have won two giveaways while he’s been here! Merry Christmas to me! What this time, you ask? A $20 gift certificate for Target from Musings of A ReNewed Girl and a Perricone MD acne kit from Pomegranate and Patchouli. Yay!
We’ve watched a few movies… I watched Christmas Vacation for the first time and Elf for the ?th time. I think Christmas Vacation is one of those moves you have to grow up watching in order to really enjoy it . . . or maybe it’s just me. You know I love Elf, I’ve been quoting it for a couple weeks now!
And then after Ryan convinced me, we went and watched Avatar last night! After saying I didn’t want to see it, I had to admit I liked it. Don’t you hate when that happens? ;) We didn’t see it in 3D, but I think it would’ve too intense. My Mom gave us a gift certificate for the theater so we didn’t have to pay waytoomuch to see a movie.
We also went to Sybill’s (a fine dining restaurant) for lunch yesterday… Since my Mom and I have gone so many times this fall, I thought Ryan and I should get to go together. And those sweet potato fries were calling my name!
Let’s see… We also ate at a Chinese buffet one night where we must have switched fortunes. Mine was about making a budget/finances and his was about dreams coming true before the end of the year. After the Christmas service at Church on Sunday, his Mom treated us to Panera. Next up… Mexican? hah. Oh and my Mom’s been baking lots of sweets for dessert!
On Saturday night I had to babysit for a family and then Sunday night Ryan and I babysat my friend Tiffany’s baby for about an hour. When she got home, we stayed for a bit and talked. Tiff and I always talk about our men, but she hadn’t seen Ryan in a long time!
I really really wish it would snow so we could play in it (you know, like 10 year olds)… but unfortunately it is rainy and 50 degrees. It snowed less than an inch the other day which only allowed for a tiny snowball. So much for the White Christmas they were predicting last week… sad story.
Guess I’ll have to look at old pictures of when it used to snow around here! 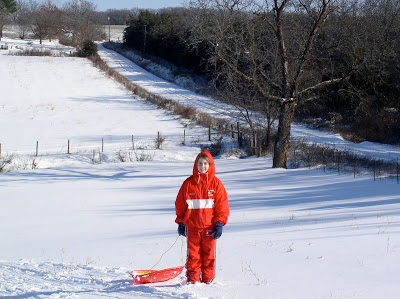 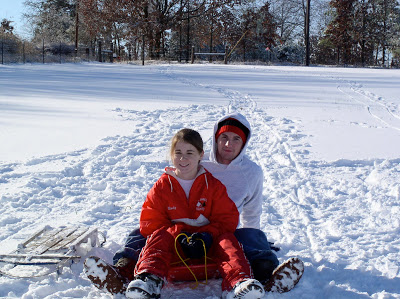 The other day when it was sunny but a bit chilly outside, Ryan took a few pictures of me with my his (secret story behind that) new camera. I need some new, good pics for my new blog design so who’s better to ask than my professional photographer as a boyfriend? All that camera talk that was way over my head earned you the title “professional,” Ryan! Just kidding, you always were one.
Besides all that, we’ve been singing Christmas songs (the best way to spread Christmas cheer is to sing loud for all to hear… or maybe singing quietly at 2 AM), getting lost in Walmart trying to find chili powder while getting a million stares pink Santa hat haters, googling how to elope, and you know… cuddling by the fireplace!
It’s been a wonderful week so far and there’s lots more fun to be had! My heart just aches when I think about having to be apart again!!! (Hence the jokingly elope-talk) Ryan thinks I should move to AU and pay the $7,000 for school. I think I have officially gone in circles 10 times about finding a solution and it’s time to give up.
I can’t believe tomorrow is Christmas Eve (Ryan will be here so that’s good)! This may sound kinda silly but I’m kinda sad that Christmas is this week. I’ve enjoyed all the Christmas music, decorations, movies, and overall Christmas Spirit and even though it’s been going on for a month, it’s too quick to come to an end! I wish it was allll winter, it would make the cold season more bearable.
So who knows what else Ryan and I will be up to in the days to come… Any great ideas? What have you been doing?
P.S. ~ Thanks for all the support on my Blue Christmas post.