Last night, Eve of Christmas Eve, I got a little camera happy. Ryan and I don’t have many recent pictures of us, which is why I always have to post ones that are from 3-4 years ago. Well, that and the fact that we see each other only a few months a year. I think we need to change this non-picture taking habit and revert to the good ‘ol days, which also includes no long-distance. The problem is that he doesn’t really like when I stick a camera in front of his face. It’s as if he’s only allowed to smile nicely when he’s NOT in a picture with me. What’s the deal? But last night, he finally cooperated. Should I push my luck again? 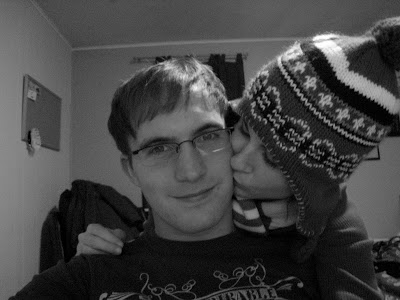 This is what a cute picture of us looks like……… 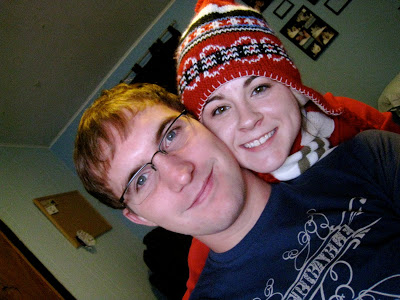 Do you like my new hat? It may look familiar in a picture I’ve posted of Ryan, but that’s because he decided to give it to me! 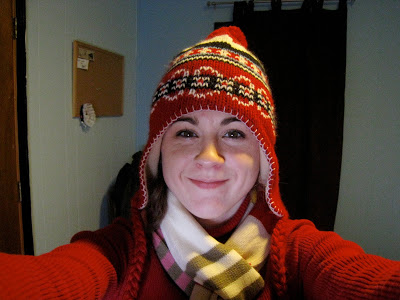 Ok… I lied. I stole borrowed it. It’s just cute, what can I say?
Well after a few pictures, Ryan tells me I should be using his* camera. So it turned into a DSLR lesson for Mindy. An expert lesson for a beginner in a low light condition with a lens from the ’80’s.. thanks Ryan! ;o) I would show you one, but instead I’ll save the time and you can just imagine a blurry picture of Ryan.
*arguable
But you can see the other side of it… 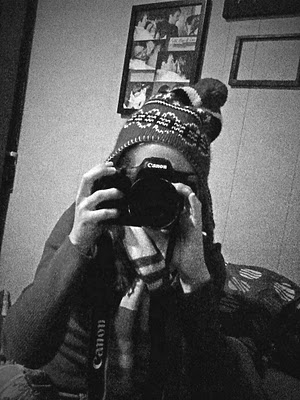 If nothing else, it was a workout for my arms because the thing weighs like 10 lbs*!
*exaggeration
After I’d had enough embarrassment for one night, Ryan’s Momma, him, and I drove around and looked at Christmas lights in town.
Ryan held my hand his Canon 7D and took video (duh) 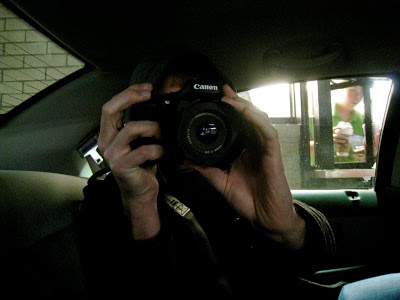 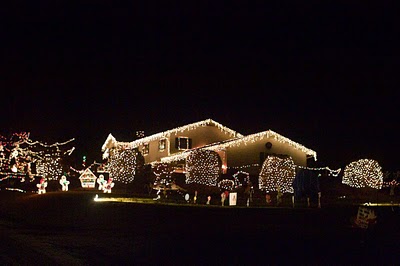 Obviously, this picture is not blurry enough to be a picture of mine. But you already knew that.
Tonight for the real Christmas Eve, Ryan and his Mom are coming to eat dinner with my Mom and me. I do have a brother, but he may or may not be here. Ryan also has a brother, but it’s a long story. Then, Ryan and I might go hang out with my Dad’s side of the family. You never really know what we’re going to do….
Merry Christmas Eve!
P.S.- After changing the weather forecast nothing less than 10x this week, it now says the rain is supposed to change into snow tonight!!! Only to amount to 1 – 2 inches (the ground is probably too warm now), but I’m still dreaming of a White Christmas…. I dare you to make me jealous and tell me it’s snowing where you are!