Skip to content
On late Sunday afternoon, my Mom and I took my paternal Grandparents on a surprise picnic to a near-by spring (where we had my Dad’s memorial service). 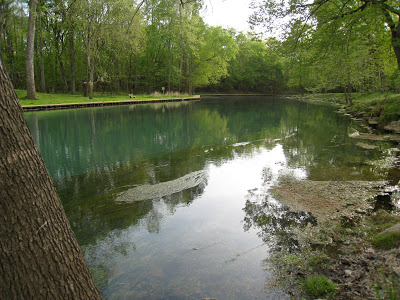 They were pleasantly surprised when they figured out where we ended up! We drove around and then had chicken salad sandwiches, chips, and cookies for our picnic dinner. 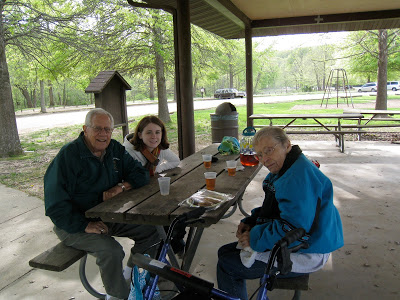 They are in their mid-eighties — and my other Grandma is in her late eighties; both sets of my Grandparents are old relative to my age. Explanation: My Dad was the youngest of five and my Mom (along with her twin brother) was a surprise when my Grandma was 40 years old.
My Grandpa is in the fairly early stages of Alzheimer’s and my Grandma is still recovering from a broken hip/hip surgery from July. She broke her hip right before my Dad passed away. They were actually in the hospital at the same time and when he went home, she was still there. He passed away about a week later and the next time she saw him his Spirit had already gone to Heaven. I was so broken hearted that she didn’t get to say her goodbyes like everyone else did. I was hurting for both of them for having to see their son pass before them. It’s not supposed to be out of order like that. 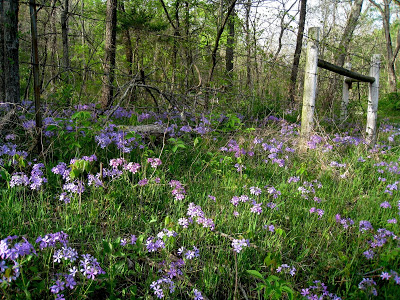 Therefore, they don’t get out much and they live in an assisted living home, so they were really excited to get away and take a scenic ride. We were happy to take them! 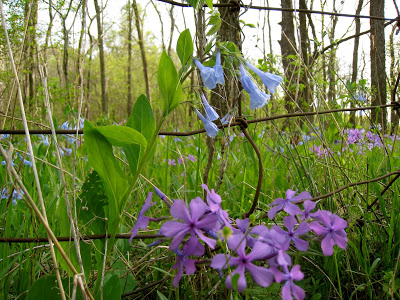 We saw a lot of these purple flowers (Wild Sweet William), Dogwoods (Missouri’s state tree), Redbuds, Mayapples… and an unidentified blue flower that you see above? We didn’t see any wildlife though, besides a few birds! They must’ve been hiding. 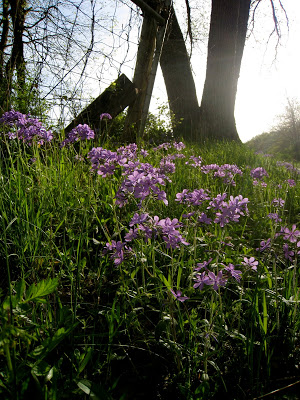 I love my Grandparents and I haven’t seen them enough lately! ♥
On another related note…
Tonight (Monday) I saw the first firefly of this season! It always makes me so giddy for summer. :)
This past weekend I also…
-Slept 12 hours on Friday night. Pure bliss.
-Had a nice, long chat with an old friend.
-Watched Where the Wild Things Are and shared popcorn with.. myself. One word to describe the movie: different.
It was a fairly good weekend, especially compared to my predictions of what it might be like after a depressing night on Thursday. I’m better now.