I Want To Ride My Bicycle (in FL)

Sunday (July 18th) was a day full of bike riding!  We were planning on waking up early(ish) to beat the afternoon heat on our bikes, but we slept in (again, imagine that!  I think there’s a theme going on.)  We paid for it though because we ended up riding our bikes in the 95 degree sunshine.  Surprisingly, it wasn’t as bad as it sounds and it felt less humid than Missouri.  In other words, you could actually breathe.

Corey, Christy, Ryan, and I rode around Chain of Lakes, a local park with a biking/walking path around lakes.  We had our eyes open for alligators, as Corey and Christy said we were guaranteed to find one.  However, after much searching and no luck, we decided it was again, too hot for them to be seen.  I think we finally learned that midday is not the best time to hunt for alligators. 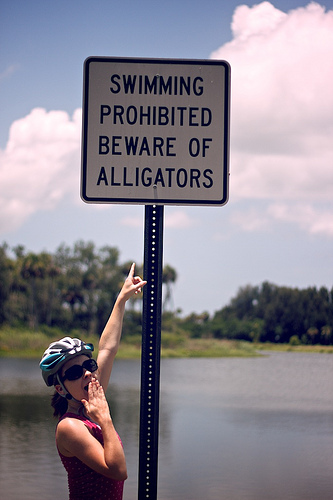 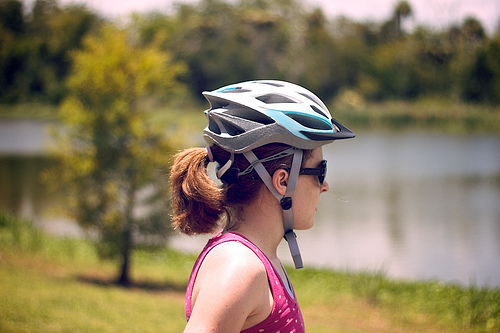 We climbed a look-out tower (about 50 ft tall) and got an awesome view of the park. 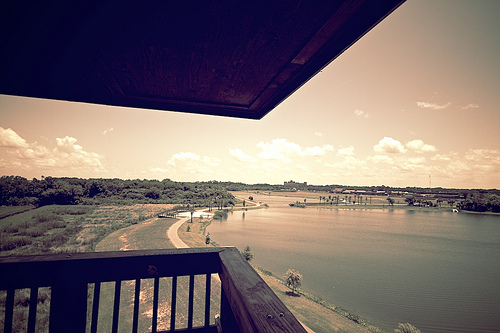 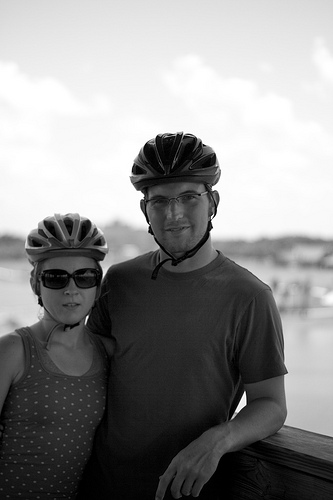 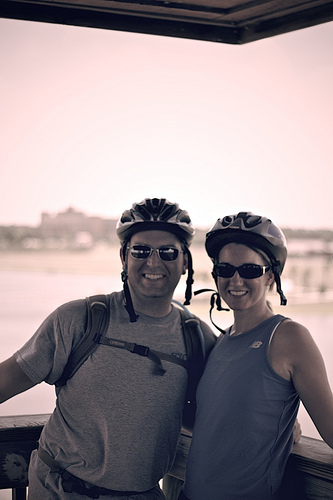 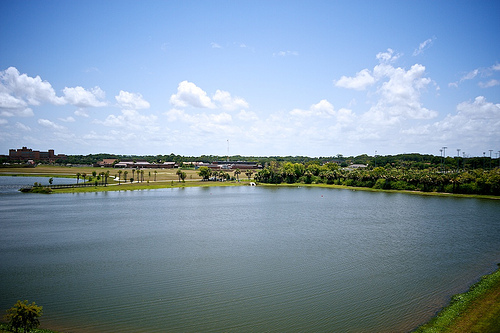 Looking the other direction, you could see Indian River. 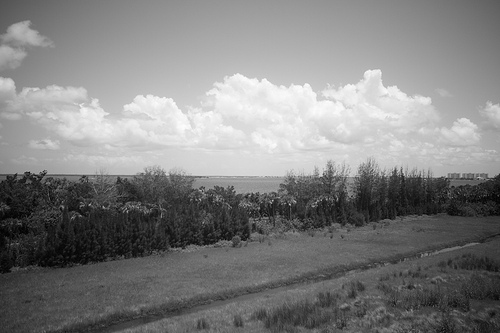 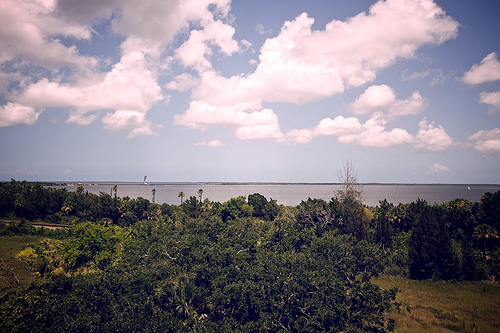 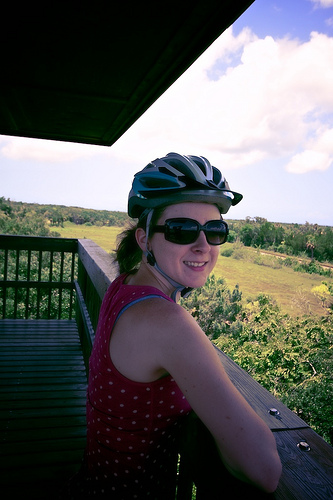 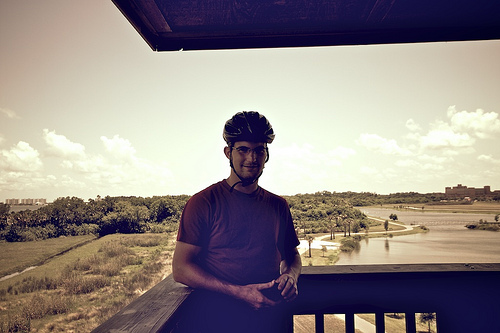 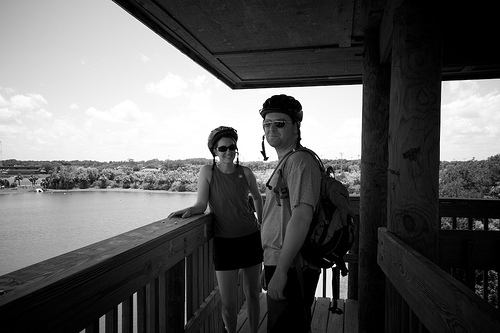 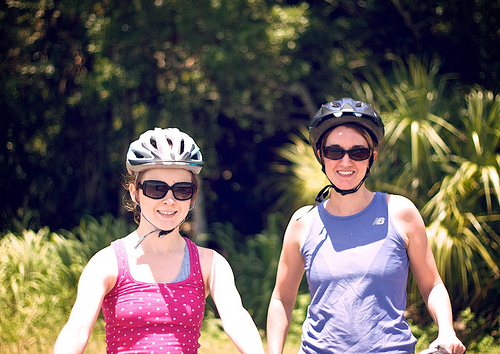 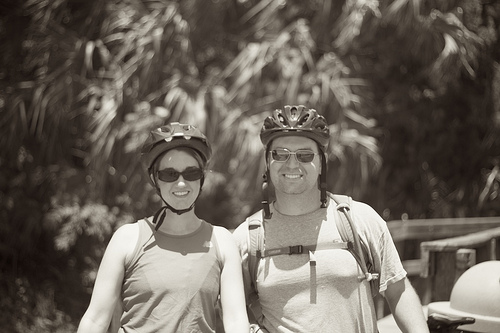 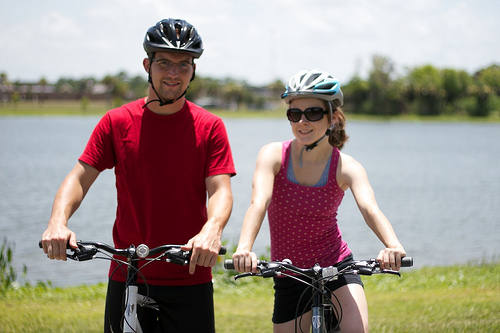 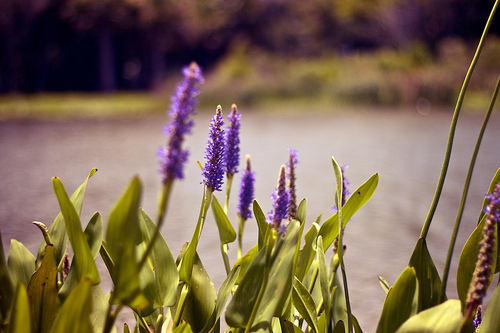 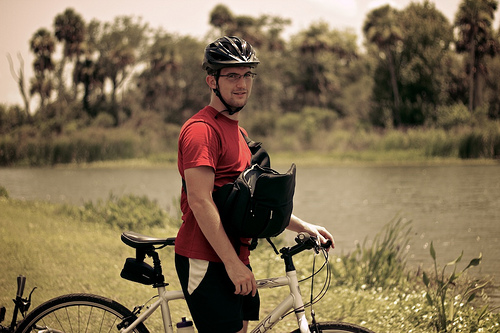 Minor details: After the bike ride, we went to the grocery store, ate lunch, became somewhat addicted to Rootbeer, and ordered an iPhone 4.  Oh wait, Ryan thinks the iPhone 4 is more than just a minor detail??  My bad!! ;o)  Second Apple product purchase on the trip.

The kids returned from their Dad’s late that afternoon and I got the sweetest greeting from Miss Amelia…. She said “Mindy!” as she ran toward me.  What a cutie!

Since the kids didn’t have the chance to go with us to the park and we didn’t see any alligators, we decided to go back that evening.  Ryan pulled Amelia in the bike trailer, as he had been doing all week, and Christian rode alongside us.

I’m glad we went back because we saw several alligators hanging out in the water!!!  It was the first time Ryan and I saw alligators in the wild (the zoo doesn’t count!) 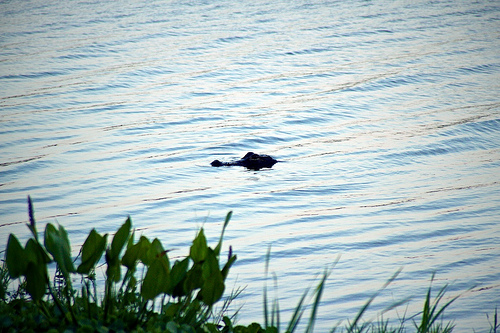 This is the most we saw of one.  It’s head and back were out of the water. 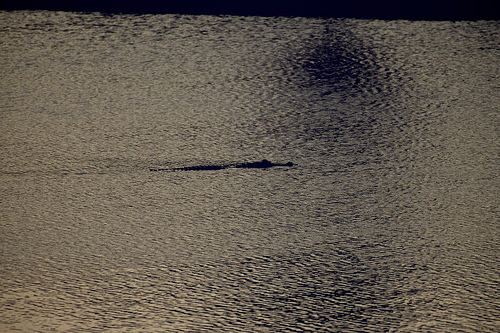 Keep in mind we used Ryan’s zoom lens, but we were still right on the edge of the lake!  I wasn’t afraid, but I sure wouldn’t want to get much closer. 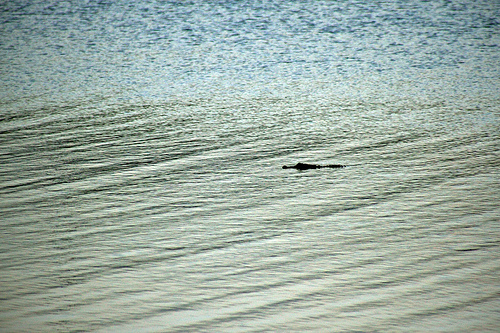 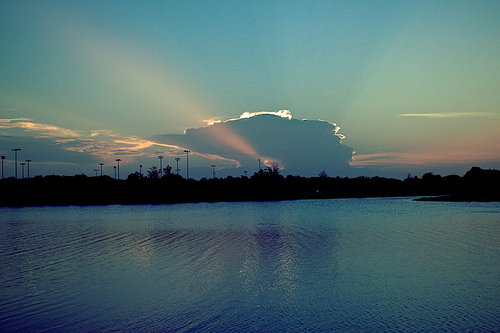 It was a really fun ride and a lot cooler (temperature wise) than earlier that day!!  The kids loved it too.

Christian was a little afraid of the alligators though.  On our way out, he needed to use the restroom (ahem, port-a-potty), but after going in there, he came right back out saying he was afraid there was an alligator in the toilet.  HA, can’t say I wouldn’t do the same! 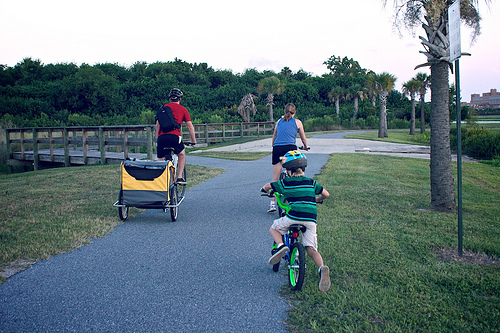 Back at home, we had a late night dinner of homemade pizza (Food Mob inspired).  Ryan and I attempted this for the first time and we need a bit more practice.  Christy said she liked it and claimed she wasn’t just trying to be nice!  I half way believe her.  ;)

When I stuck the dough in the oven to help it rise, I left it in there too long and it started cooking.  That was the biggest problem.  We didn’t take any pictures because it wasn’t so pretty.  But it was decent, I’d say.  Homemade dough and sauce.  Not bad for beginners.

We did take a picture of the pretty dessert that Ryan prepared.  Ice cream and strawberries with melted Dove chocolate on top.  Mmmm!  Thanks for redeeming us, Ryan.

That night we were still unsure if we would leave to the Gulf Coast of Florida the next morning… {to be continued, again!}

One response to “I Want To Ride My Bicycle (in FL)”