After sleeping in on Saturday morning (July 17th), Corey, Christy, Ryan, and I got ready for the beach.  They were taking us to one of their favorite local beaches, Playalinda, along the Cape Canaveral National Seashore.  Playalinda is Spanish for “Pretty Beach” and the name fits it quite well!

First, they took us on a short nature drive since it was on the way there.  It was really nice to see what Florida looks like without any human disturbance, even though we didn’t see many exotic birds.  Wrong time of the year for that. 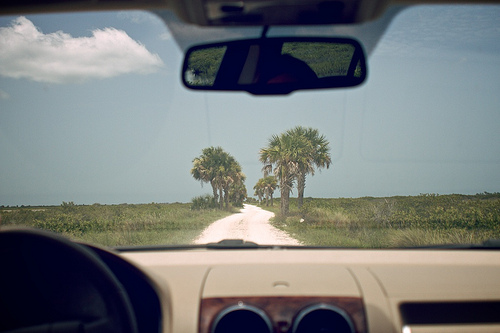 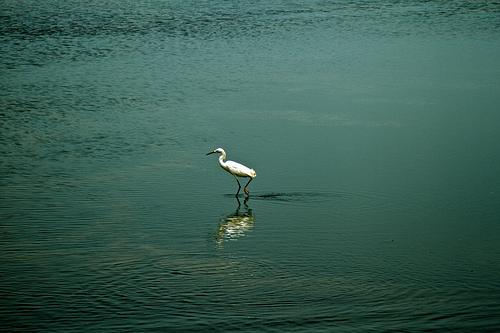 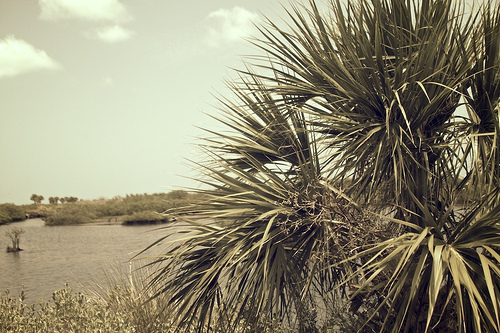 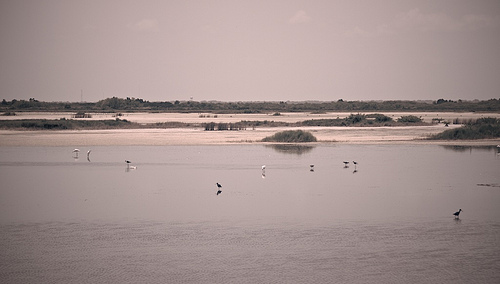 Then we got out to smell the wildflowers… 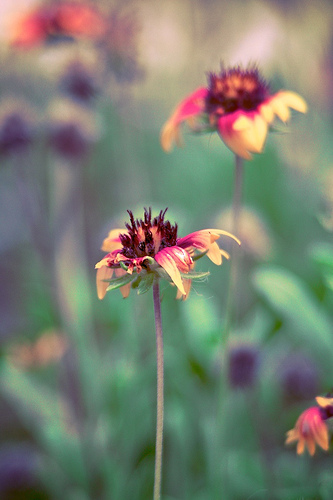 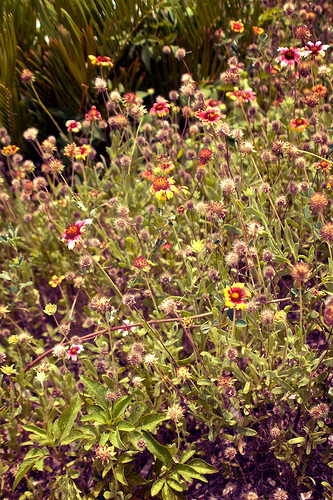 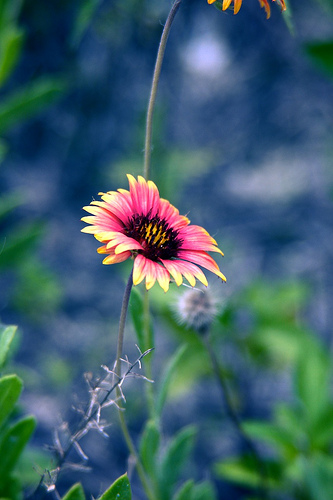 Okay, that’s not really why we got out.  But we found some pretty ones while we were looking for alligators.  To our disappointment, we did not spot any alligators that day.  They were hiding from the hot mid-day sun.  Can you blame them? 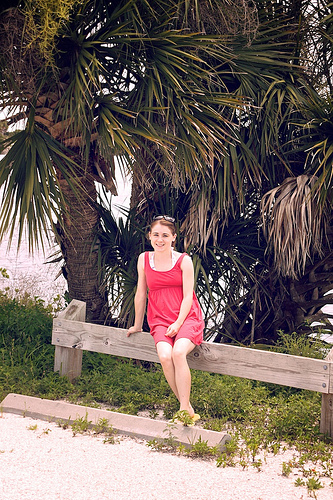 However, we did find a raccoon …. in the trash can!!  Ryan saved its life.

Then it was off to Playalinda Beach for the day.  It is the southern-most beach of a 24 mile stretch of undeveloped beaches… there’s nothing but sand dunes, waves, wildlife, and sunshine… oh and a few toilets (no running water) for your convenience.   There is also a NASA launch pad nearby incase you weren’t aware we are talking about the Space Coast.

It was truly a gem of a beach. 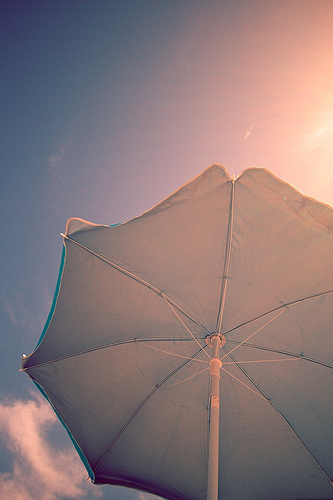 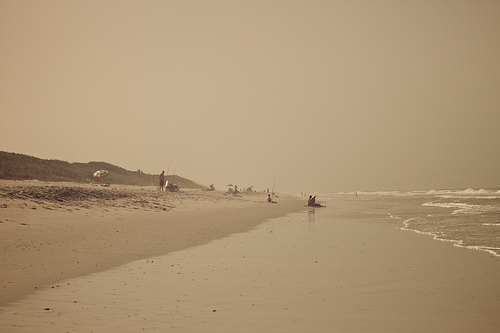 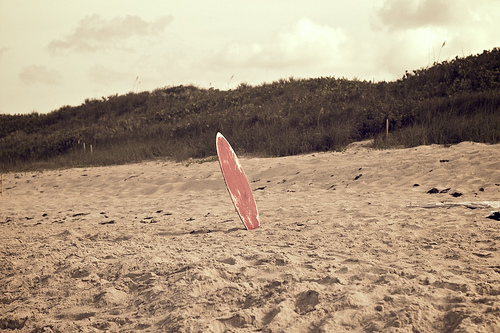 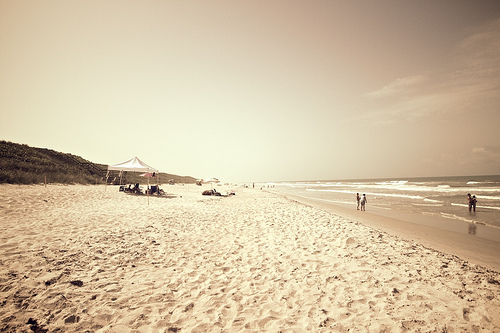 I Heart Florida (Read: Ryan dear, can we plleeasseee move there?) 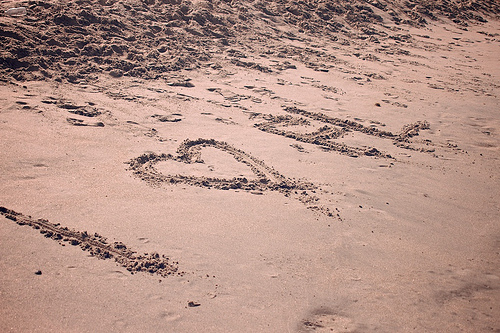 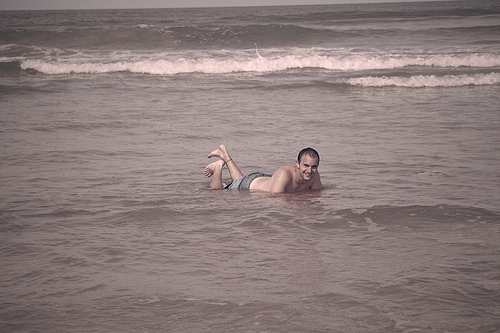 We enjoyed a day of boogie boarding, which sure took a lot of energy to fight the rough waves and currents.  Lots of fun, nonetheless!

Videos coming soon, including shots where I hit the waves at the wrong time!  :) 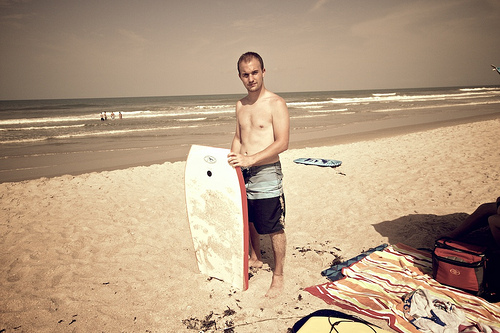 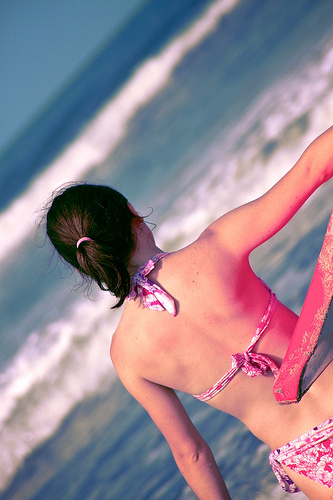 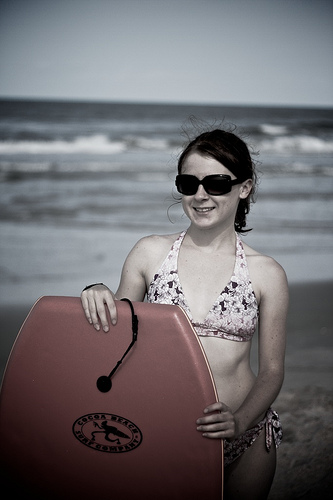 I’m hesitant to post this next picture, because the waves were causing some major wardrobe malfunctions.  I would recommend a one piece for boogie boarding.  I think it’s one of those things that tourists discover while locals sit back and laugh. 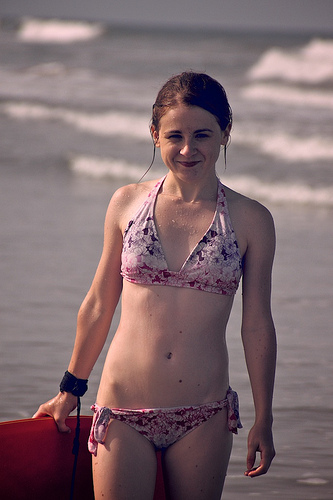 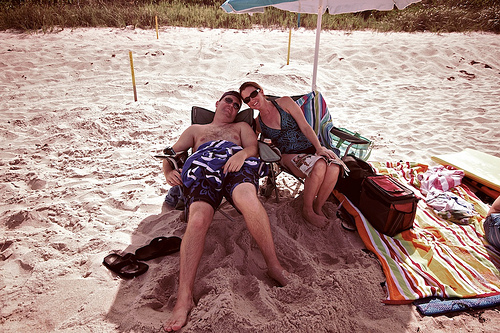 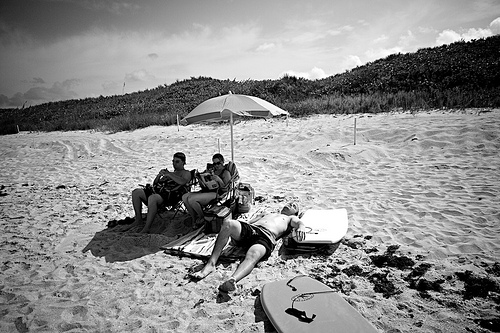 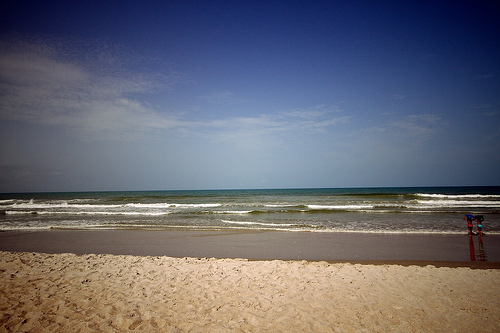 Look at that view!!  Literally in the middle of no where.  That’s what makes it so great!

Before leaving, we made a quick stop at lot #13. Words of the wise: That ordinance on the sign is not enforced.

After a fun day in the sun, we went back home and ate spaghetti for dinner, got some more ice cream at Bruster’s, and rented the movie “Shutter Island.”  At first I was firmly against watching it, as I thought it would be too scary, but after we realized there weren’t many good movies to choose from, I gave in.  And I even watched it again a few weeks later!   Although a bit creepy, it is a good one.