One of the things on our Christmas To-Do List and a first for me (and Ryan?) was to make a Gingerbread House.  Or maybe I should be more specific and say decorate a Gingerbread House… since we bought a kit.  One of the houses already came pre-assembled too — what a deal.  We thought about making one from scratch, but I’m glad we didn’t.  That would be a day long project and probably would’ve ended in disaster.

The first Gingerbread house we had to assemble and then decorate.  It wasn’t pretty.  It kind of looked like a 5 year old decorated it (I’ll take credit for that). 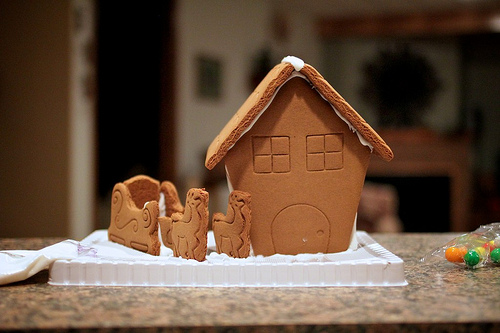 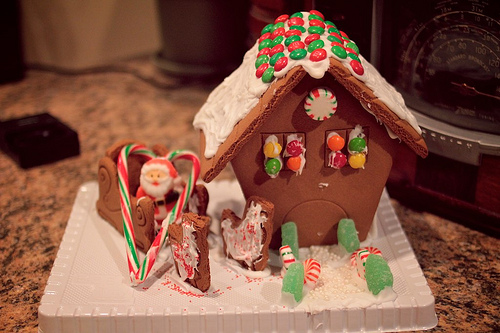 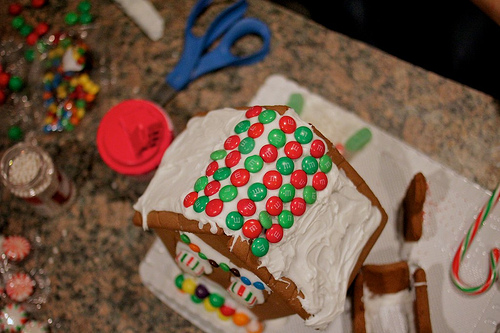 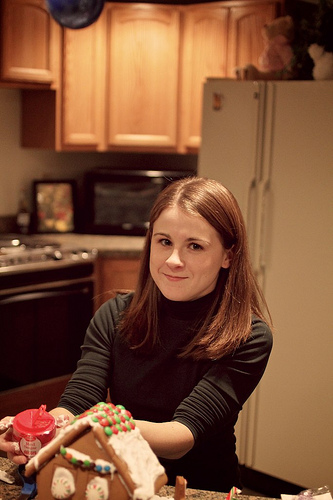 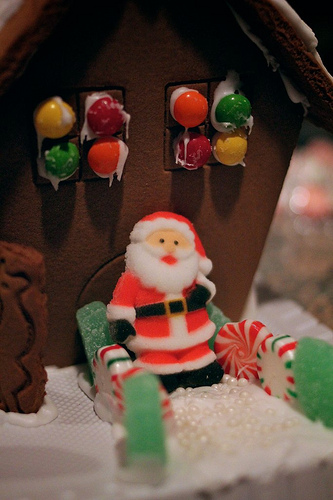 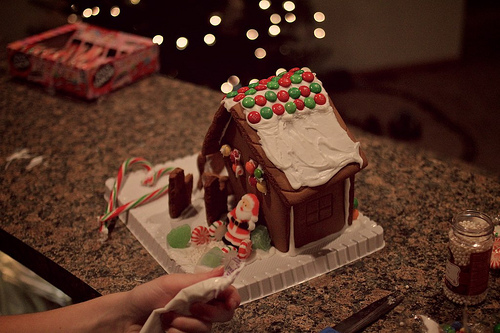 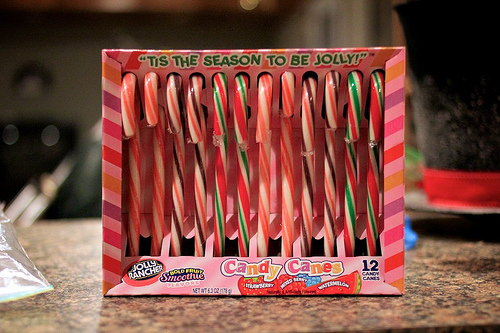 So…we had to redeem ourselves and do another house.  The next one came pre-assembled and had instructions on how to decorate (very helpful!).  Ryan was in charge of the frosting and cursed at it often.  HA.  Needless to say, I don’t think he liked decorating as much as I did.  Um, at least we have some practice in for when we have a real excuse to make a gingerbread house someday (coughkidscough)?

We set up Ryan’s camera on the tripod and it recorded the TWO HOURS it took us to decorate the house. 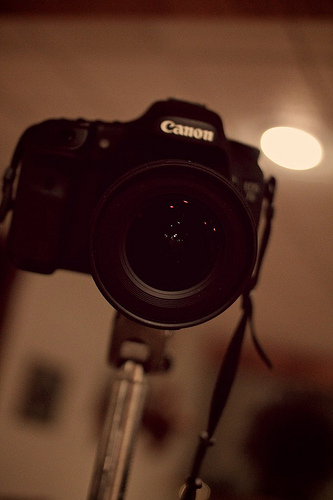 Ryan made a time lapse video out of it (which shortened it to 4 minutes) and if you don’t want to watch the whole thing, at least fast forward to the end to see our beautiful house made of gingerbread!

I wonder if I will be able to convince Ryan to decorate another one next Christmas?