On Saturday I was invited to a bridal shower of my friend, Tiffany – and I also played the role of photographer!  (Why yes, I can play games and take pictures at the same time – heh.)

Ryan did Tiffany and Travis’ engagement photos (remember, I was the assistant?) and  he is also doing their wedding photos (which I will also probably be a second shooter.) Well, he was also planning on taking her bridal shower photos, but he’s in a different state at the moment and it made more sense for me to take them.  Plus, he would’ve been the only male in the room.  ;-)  So it worked out just fine and I don’t think Tiffany really minds which one of us takes her photos.  We have very similar photography skill and style (right?) which would make sense since he taught me.

Anyway, I took the photos and he will edit them so we are actually sharing this job.  :)  I will post some of the photos once he edits them.

For now, though, I’d like to say something about bridal/wedding registries.  They are supposed to prevent duplicates of an item!!!

Tiffany registered for a griddle from JCPenney.  Apparently everyone thought it was a great gift idea (including myself) and bought it because she still needed it, according to her registry.  As people were walking in with their gifts, I noticed there were several boxes that looked like mine…

Sure enough, Tiffany got FOUR griddles!  (Actually five, but one person had bought it and was going to give it to her later.)  Each of these pictures is a DIFFERENT griddle she was opening.  It was pretty humorous! 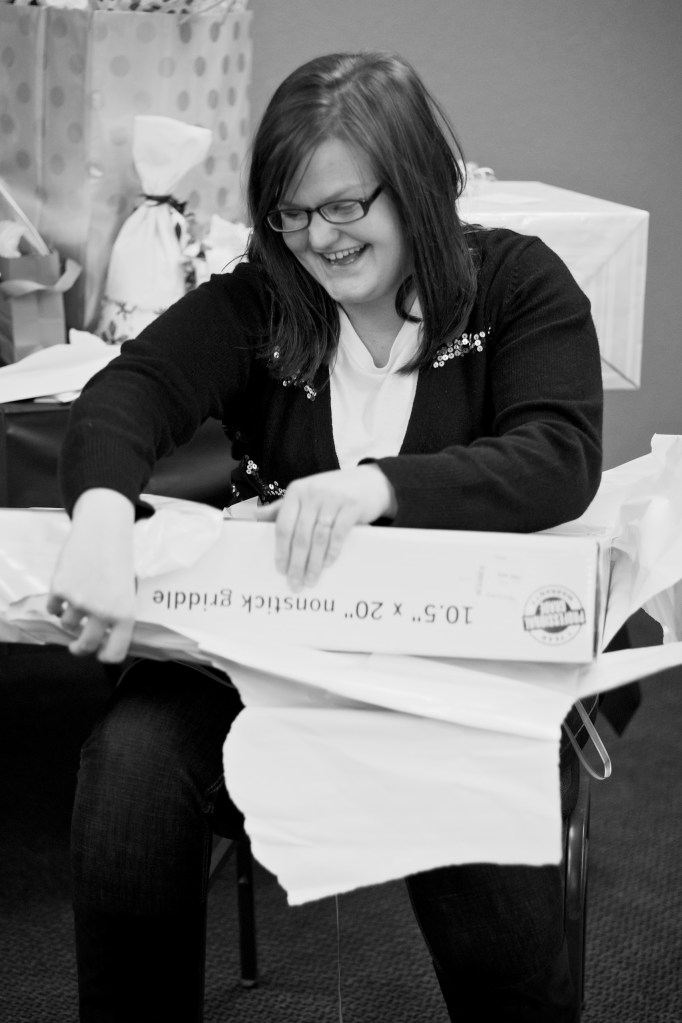 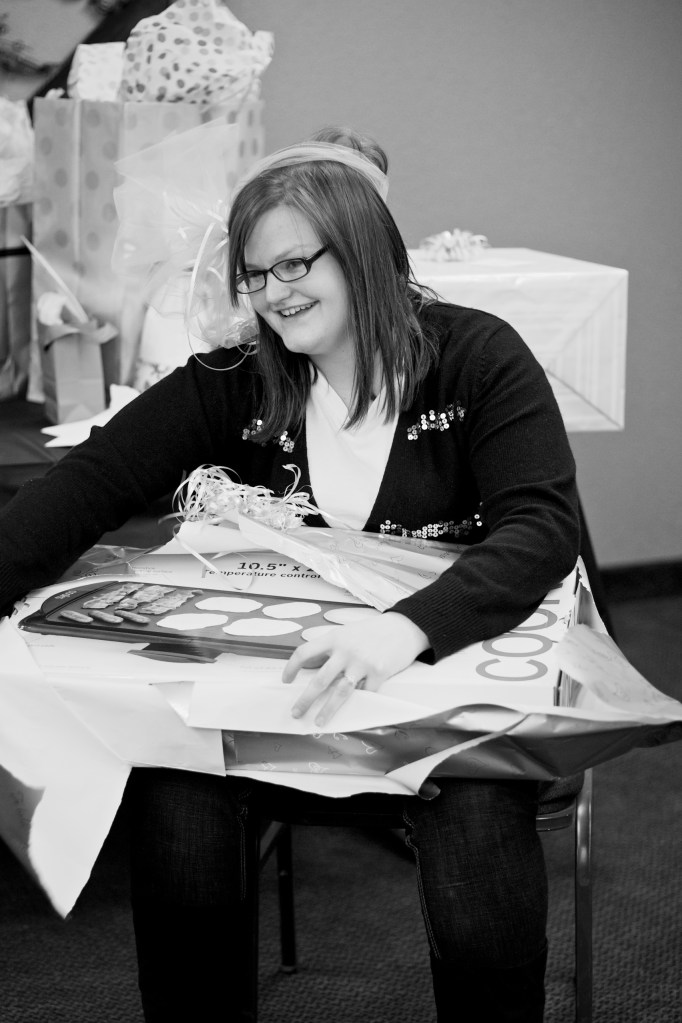 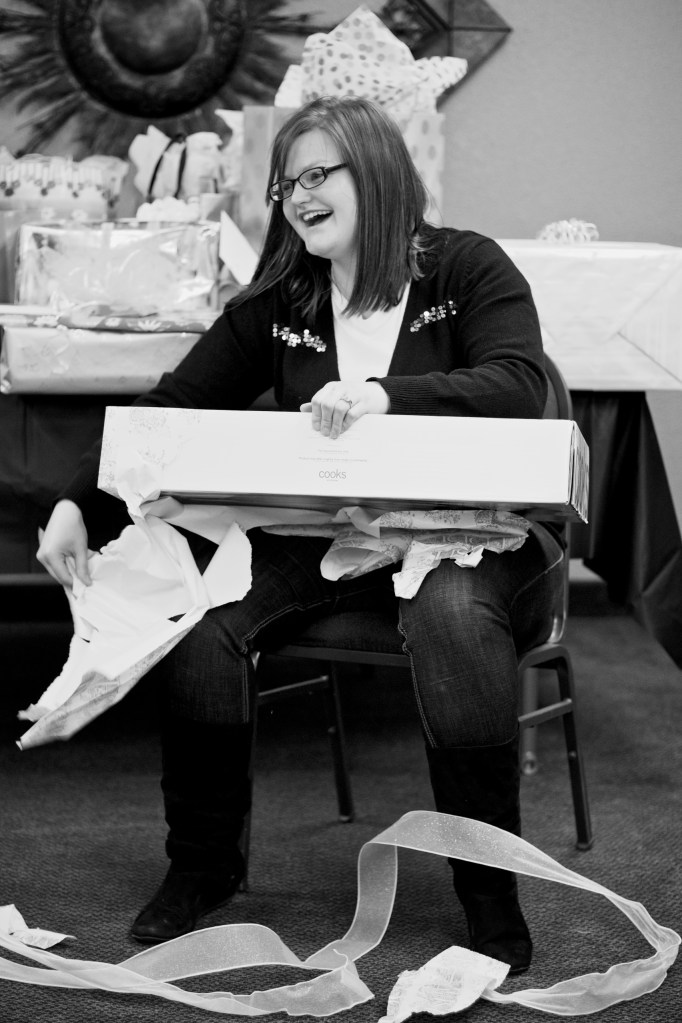 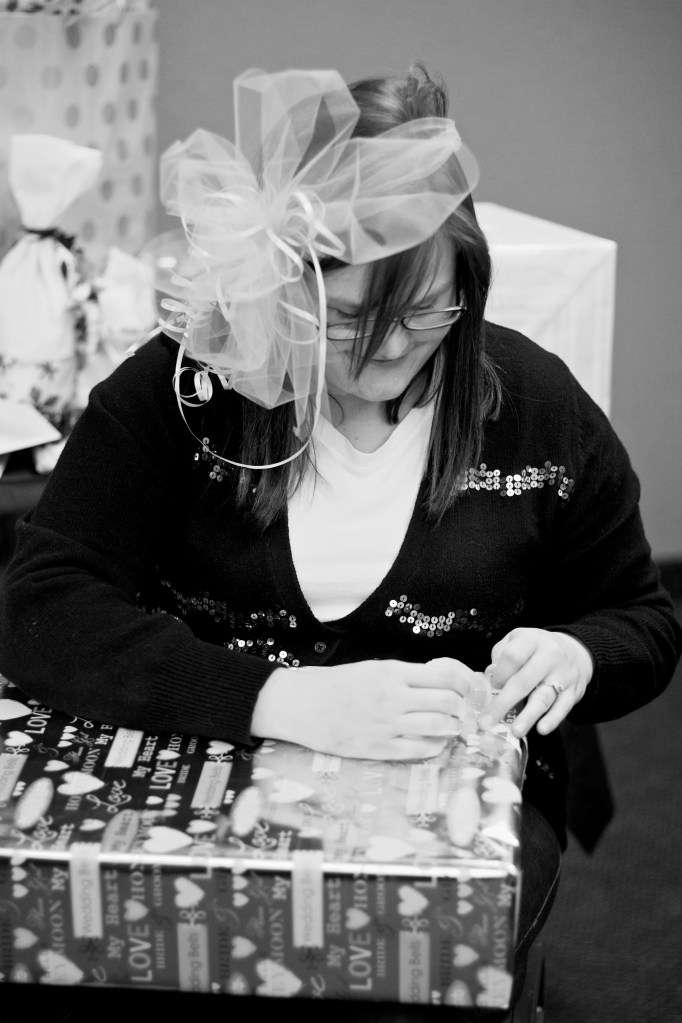 We had to get a picture with her collection…  Funny enough it was the only duplicate gift she got! 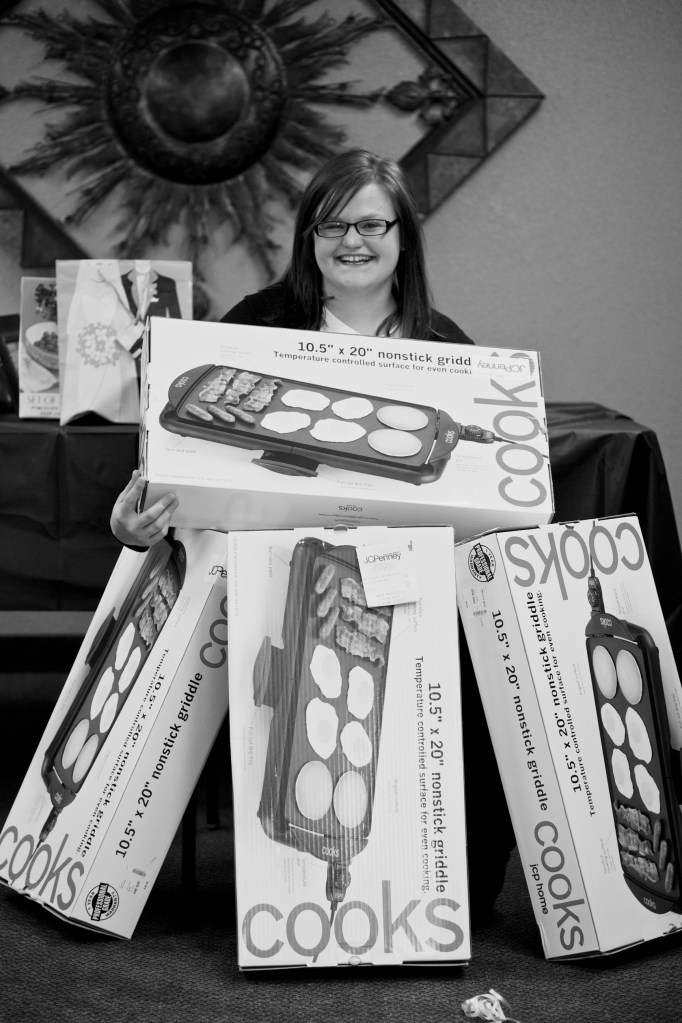 Hopefully JCPenny will get the point when she carries in 3 big boxes to return!  Or at least, we are all blaming the store because we all claimed to do our part and had them scan the registry.  I know I did, but obviously there was some major wedding registry miscommunication somewhere down the line.  But it made for some good laughs anyway.

Has this happened before to someone else?