Earlier this summer, Ryan & I photographed Libby & Adam’s wedding near Cincinnati, Ohio.  Ryan met Libby at AU and she was the first person to request his wedding photography services!  Libby & Adam were engaged for ~two years, together for seven.  In May they tied the knot at Lake Lyndsay Lodge.

It was such a fun wedding to shoot and Libby was a very relaxed bride, setting the tone for the whole wedding.  :)  She even did her own hair & makeup and was ready with lots of extra time to spare.  It’s a good thing she was laid back because the weather was not very cooperative that day.

It started out sunny and hot with a chance for thunderstorms later in the afternoon.  Without fail, the storm front starting rolling in 30 minutes before the ceremony started. Everyone watched the sky and made the decision to continue with the outdoor ceremony.  As family members were escorted, the clouds started getting darker and rain began falling.  When the wedding party made their way to the front, the rain really started picking up.  Right before the bride made her appearance, the pastor decided to move the ceremony inside to the reception venue.

Everyone made it inside just in time, as it started pouring.  They started moving flowers and decor from outside to inside, and prepared to start the ceremony again.  In the meantime, the bride was hiding out in a back room, watching the rain pour down outside.  It wasn’t just a few minutes later that the clouds passed and the sun started shining again.  The bride made the call to send everyone outside again.  So, back outside everyone went to dry off their seats and get ready for the ceremony (again!)

The second time around, the sun was brighter than ever and there wasn’t a cloud in the sky.  The ceremony proceeded from the start and went as planned.  However, the storms were on and off all day with even some hail and strong winds later that evening.  We had to work around the weather all day for outdoor photos.

But in the end, the wedding was beautiful and the day ended with the bride & groom driving off into a lovely sunset.  The rain just made for funny memories (which you’ll see included in the highlight video!)

Watch the highlight video and then check out our favorite photos from the day.  As always, let us know what you think! 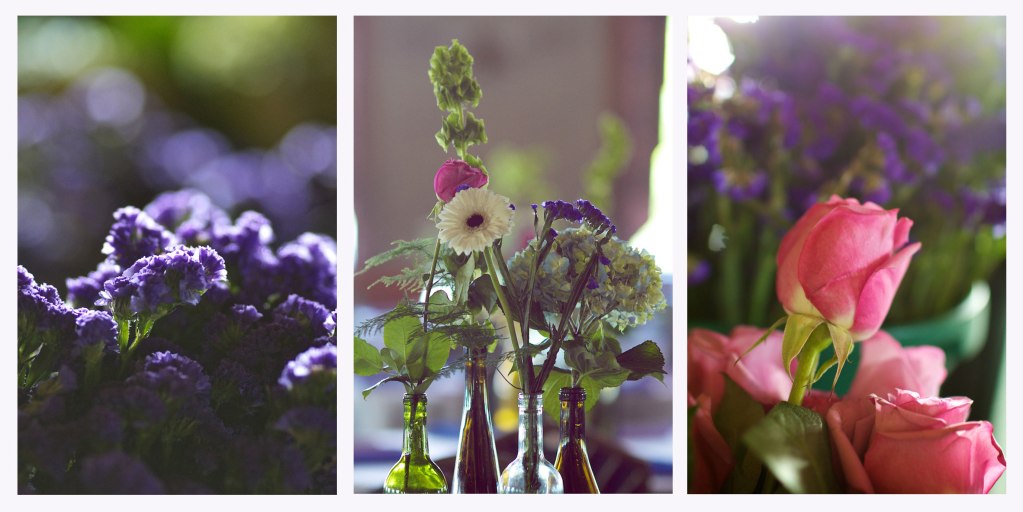 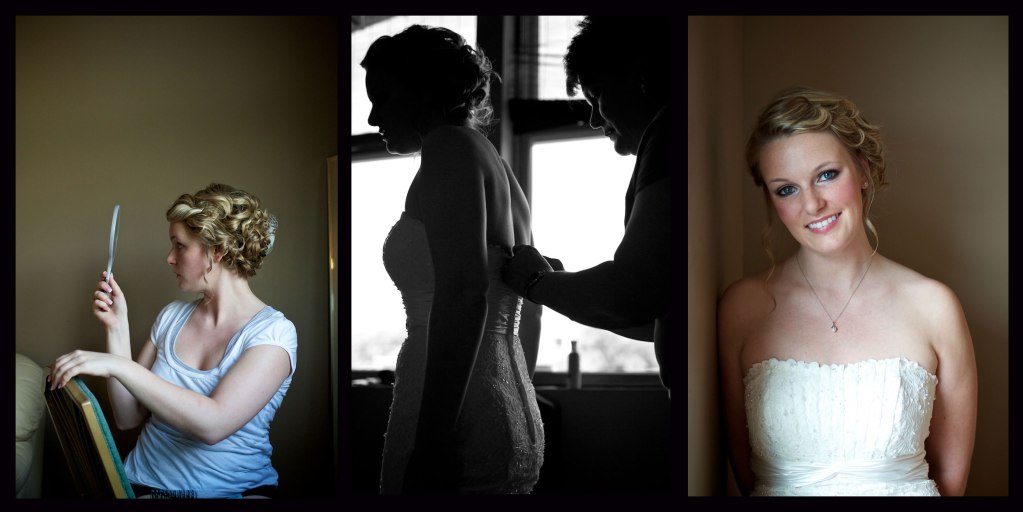 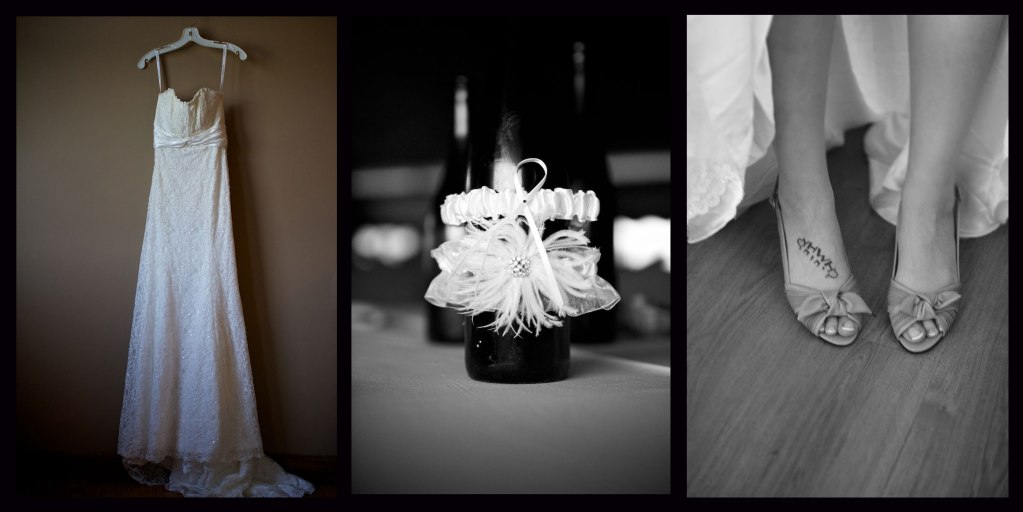 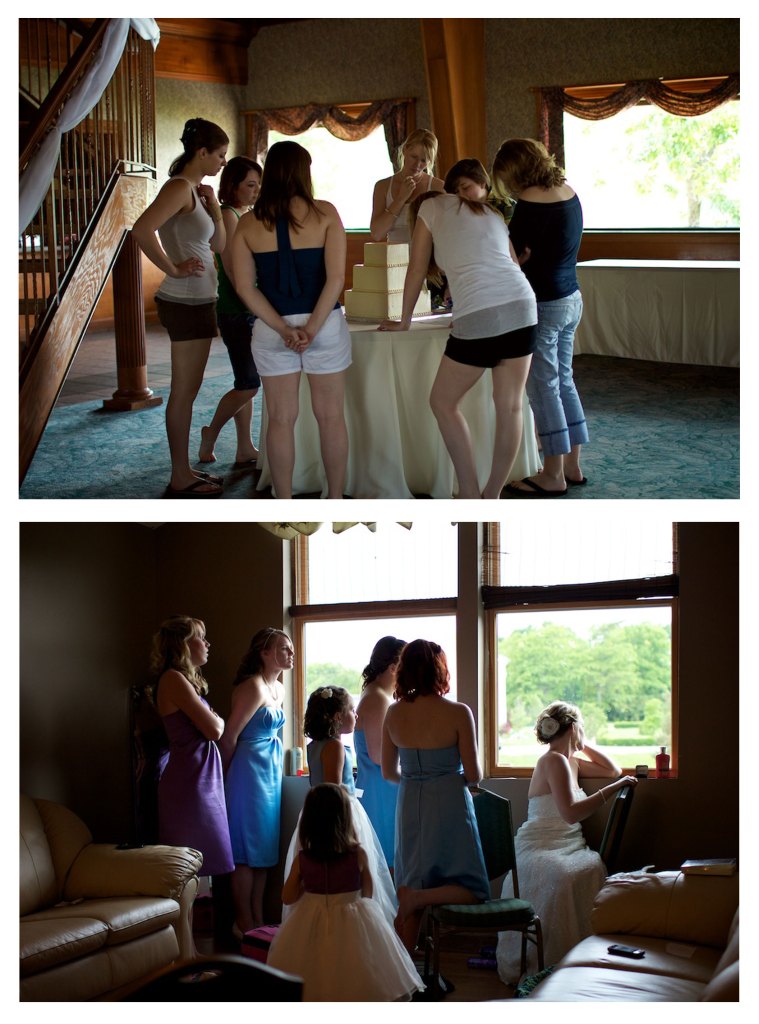 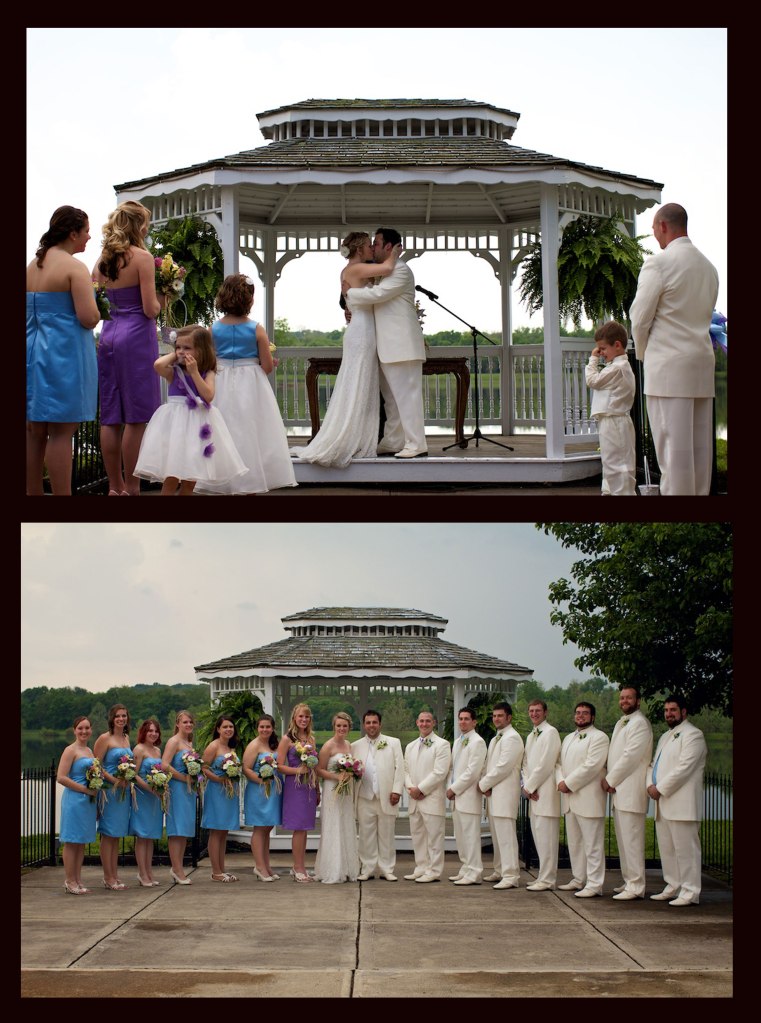 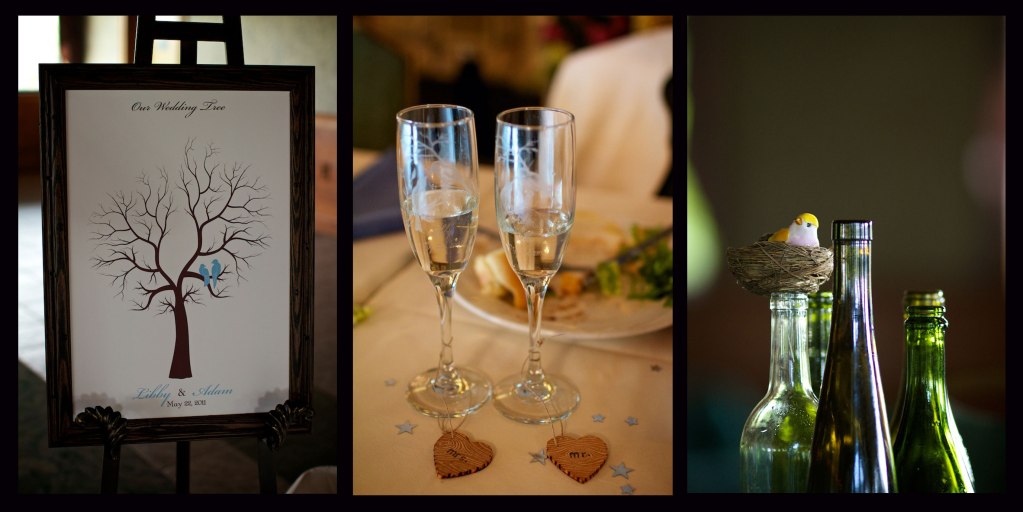 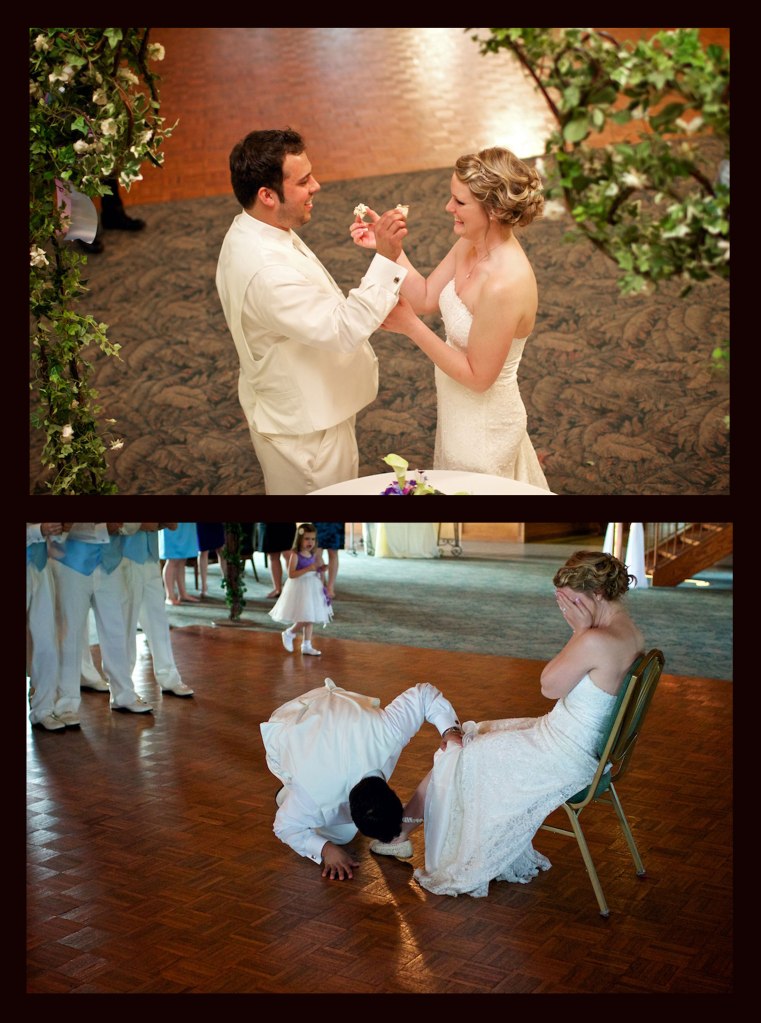 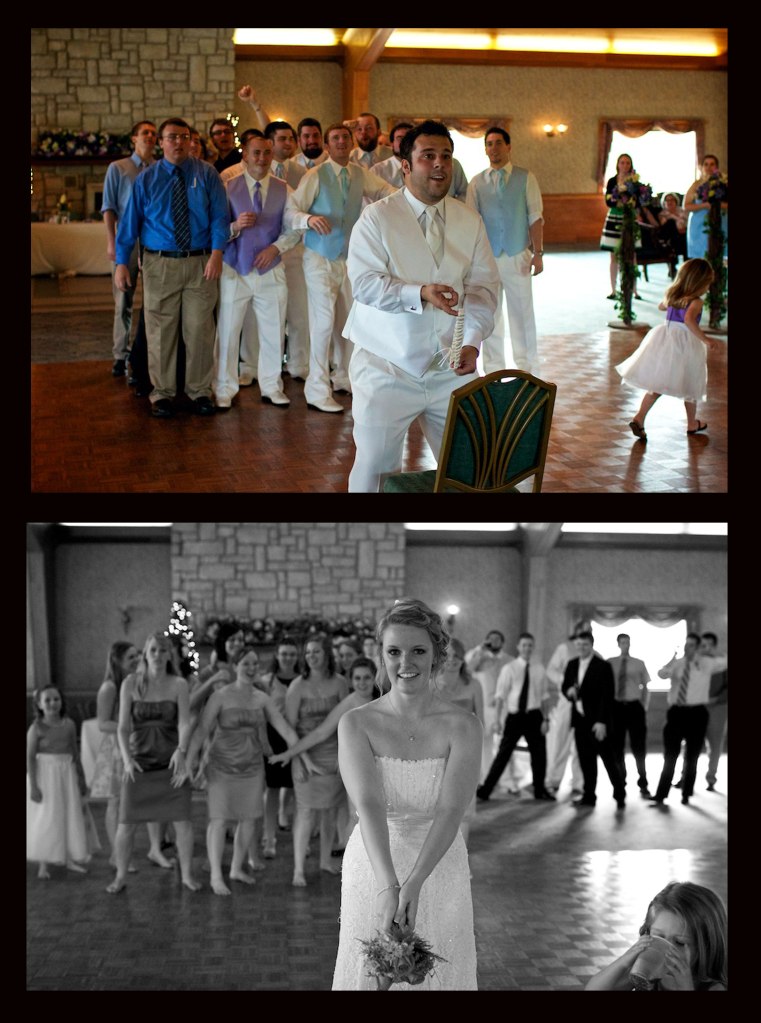 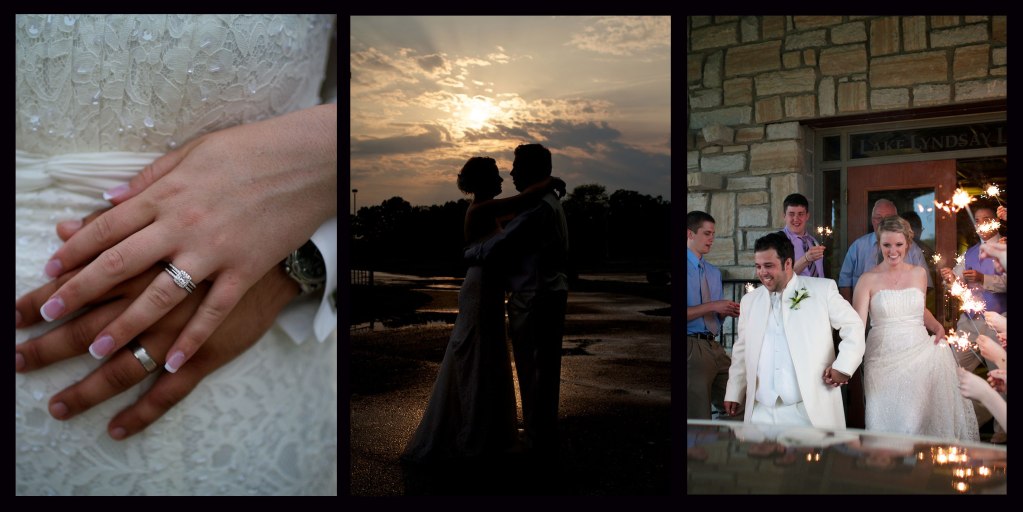