This story is featured on The Love Story Project today, 11/6! 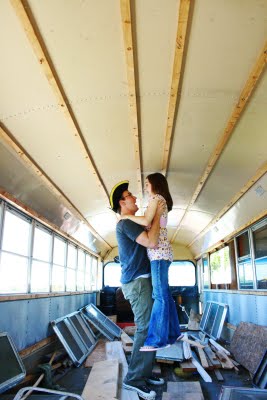 Today I am all giddy inside thinking about a very special boy in my life and the day that I met him, 4 years ago to this date.

So because today is the beginning of it all, I’m going to share our love story. It’s my most favorite love story, but I may be a little biased. ;) I have posted our story before but since then I have revised it in hopes of capturing more of its loveliness in words. Let me tell you, it is almost impossible to describe how I feel about this too good to be true story… being true.

Love you Ryan. Will you marry me…. someday soon….-er than later? :) 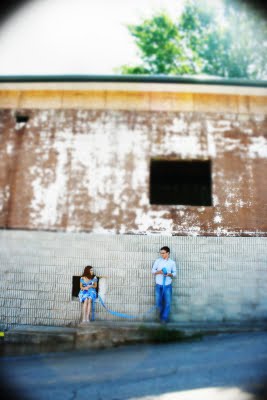 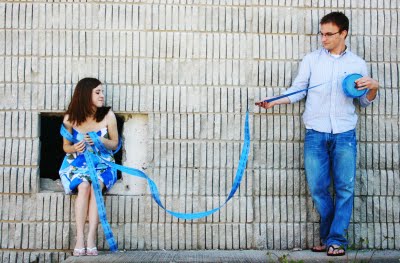 To us, Valentine’s Day is so much more than the holiday where you buy your sweetie chocolates and a card. It’s 2.14, our holiday: the beginning of when Ryan and Mindy were always said together.

Our love story never ceases to amaze me… all credit to the author, God.

Ryan and I were born and raised in the same small town in Missouri. We even went to the same pre-school together, but he ended up being one class ahead of me in school. It was in junior high that I first remember really taking notice of him; his good looks catching my eye. I knew him in the way that you know everyone in a small town: his name, his family, and a few rumors about him. I also knew he had a girlfriend and I thought I was certainly not an option.

In high school he was in Drumline and I was in Color Guard, where we shared many hours on the same football fields practicing and performing. Sometimes I took advantage of the, er, really good views of the Drumline at band rehearsals. This may sound bad, but my now ex-boyfriends knew about this Ryan attraction. It was practically harmless, all eye candy aside. Slowly, he kind of drifted out of the picture as I became more involved with a boyfriend during my sophomore year of HS.

That relationship led to a heart-wrenching break-up at the beginning of my junior year of HS, which in turn led to major frustration with guys. I had a few guy friends I would hang out with, but I was pretty much convinced I would not find anyone “dateable” in my hopeless, small town. I mean, come on, it’s a small town where I THOUGHT I knew every possibility (guy) and they were all crossed off my list. Truthfully, I prepared myself to be patient until I moved away for college in a few years, where maybe I would find a nice guy.

About a month before Ryan and I first actually met, I started attending the First Church of God youth group on Wednesday nights with some friends. This was a major turning point in my life all because I truly became a follower of Christ. It is also a really cool part of our love story because if I would’ve met Ryan before this point, he would’ve known me as a different person. God has perfect timing.

To my sweet surprise, guess who was the drummer for that youth group? Ryan. I had almost forgotten how handsome he was, but I didn’t think anything more of it. From that point on, I think he was in the back of my mind.

Actually, I know he was in the back of my mind. On November 5th, 2005, a night I remember so clearly, my bff Courtney says to me on MSN messenger.. “We should find some guys to hang out with tonight!” Immediately my reaction was, “Ha..like who?!”

Next I typed a statement so naturally, it was like I wasn’t the one typing. I replied… The only guy I would consider is Ryan Ray.

Courtney immediately takes action. By that I mean, she adds him on MSN Messenger, without even really knowing him (as neither did I). But regardless, she talks to him on MSN and she finds out he is going out for Imo’s Pizza that night with a group of friends. So what does she do? Invites both of us to join them of course! This may be is borderline stalkerish, but he didn’t say no! Come to find out, we knew the group of girls he was going with– one of them being a long-time bff, Jess; the others Kelly and Sarah. Jess and Kelly were the ones that took me to that youth group the first time.

So imagine this, I’m pretty sure I was close to hyperventilating because Courtney and I were going to hang out with Ryan Ray, the cutest guy I knew (seriously). What was he thinking? Probably something along the lines of, crazy girls!

After Courtney and I made a quick stop a candle party at a friend’s house, we were off to Imo’s Pizza. Our 10 mile car ride was a little bit crazy because we ended up taking our shirts off and sticking them out the window to “dry.” I’ll give you a hint: I was nervous.

When we arrived (with wind blown hair and somewhat dry shirts) they were finished with their meal so we just talked for a little bit. It was sort of awkward, but not as bad as you would think. When it was time to go, I must’ve felt brave because I invited Ryan to my friend Laura’s house, where Courtney and I were headed next. The drive back was a little more dramatic as a big storm went through the area, but we made it to Laura’s safely, meeting some others there too. Let me speak for Ryan for a second and say this next decision marks one of the best decisions Ryan has ever made— he showed up! I don’t remember how he got there, but all that mattered was he was there! At this point, the butterflies in my stomach probably multiplied by well, a lot.

It was a casual get-together, just hanging out and watching movies on a Saturday night. As it got later, Courtney had to go home and I had to take another girl, Heather, to her house. Well, once again I don’t know how this happened, but Ryan (and another guy) ended up riding with me to take her home. Honestly, I did not force him or kidnap him. But you may not believe me after this statement, because I clearly remember what I said to Ryan, “You know I’m not gonna take you home, right?”

Oh yes, now it makes sense. Maybe he was in my car so he could get a ride home. That wasn’t happening.

I’m really surprised Ryan didn’t try to plan an escape at this point. Let me remind you, he didn’t even know me!!! Hello, nice to meet you. I’m Miss Assertive! No need to introduce yourself, I already know who you are.

I’m really not that creepy, I promise.

So we went back to Laura’s house and the people who ended up staying were (starting with the most important) Ryan, two other guys, and three girls including myself. Oh I forgot to mention that Laura was out of town and we were actually having this get together at her house without her. Ha, everything about that night is a little funny.

The fun didn’t end there. We ended up going to Denny’s around 3 AM, all packing into my tiny Eclipse! I let Ryan drive because I was too terrified that I would get in trouble, being 17 y/o and out between 1 and 5 AM. Not to mention, I had 4 people in the backseat, when it lawfully and safely only allows 2.

Our first destination was one of the guy’s place of employment to coughillegallycough borrow the work van at 3 AM, so we would be driving legally. I know, that doesn’t make sense.. that guy illegally stole a work van so we could legally drive/ride. So half of us split up into either car and we were illegally legal. That’s really not like me to do such a thing, but what can I say? My emotions hindered my ability to make smart decisions.

At Denny’s there were some cops eating among us and I was extremely scared that I would get in trouble for being out illegally. To my great relief, no one in our group was arrested that night, the work car was returned in a hush hush manner, and we safely made it back to Laura’s house! At this point it was probably about 5 AM, and we decided we may want to get some sleep. What a novel idea, right? There were four of us in a bed, and two on the floor. It certainly wasn’t me who made a point to get next to Ryan and suggest that all 4 of us spoon.

At around 7 AM Ryan had to go home and get ready for church so I cheerfully volunteered to drive him. He didn’t even have to give me directions. No! I didn’t stalk him, my friends used to live close to him.

I think I then made my way home to figure out if it had all been a dream. It was in fact, all real.

Why do I give you so many background information and details of the first time we hung out? If the beginning of our love story was this amazing, can you imagine the rest? We spent time together every single weekend we could after that. We didn’t even wait until the next weekend; we watched the stars with a group of friends a few nights later. Sigh. I was head over heels from the start. Honestly, he had me before I even knew him. His personality was just as amazing as his looks. At what point did Ryan start falling for me? I can’t tell you for sure, but it seems like he was playing a little game of hard-to-get. Okay, obviously not playing it too well since he did spend a lot of time with me. Eventually I picked up on the hints and it was confirmed the first time he actually asked me on a “date” to go eat Chinese sometime in December. Our first kiss wasn’t until the beginning of January, on the same date that my parents’ had their first date many years previous.

Eventually it ever so patiently fell into place and we became an official couple on 2.14.06, complete with a love letter, flowers, date, and all.

I just discovered the best part about the number. Ready for this? God so perfectly wove it into our story that it went unnoticed for 3 years. 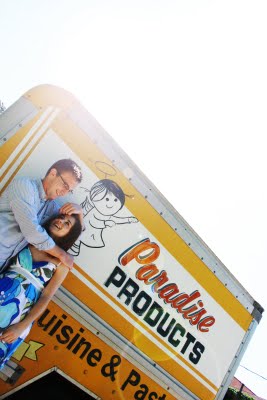 I must tell you though, that our love story isn’t as flawless as it may seem. Even though it is in fact like a fairy-tale come true, life isn’t perfect and we aren’t perfect either. We’ve gone through a lot in the past 4 years, and unfortunately we came to a weak point. We broke up in September of 2008, and at the same time were separated by distance while he was at college in Indiana. We’ve come to realize though, that as hard as it was, it was for the best.

It wasn’t the end, but a start to a new and better us. God answered my prayers and we started talking again that November. My prayers, hopes, and wishes came true on 11.11.

Slowly but surely we’re back to where we belong: together. I absolutely adore him and I am still amazed how everything has worked out… God’s “fingerprints” are all over it!

For now, we’re not physically together because 380 miles of distance separate us, but really, distance has nothing on us. Our love is greater than the distance, and it’s only a short chapter in our story. For we know very well, love never fails. 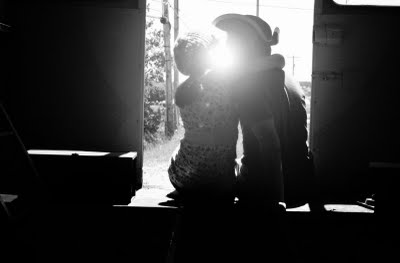 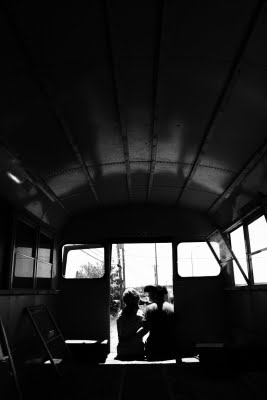