How is it possible to have spring fever, but at the same time be excited for this upcoming snow storm? 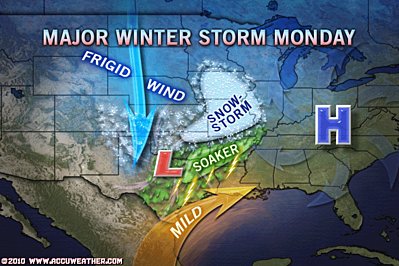 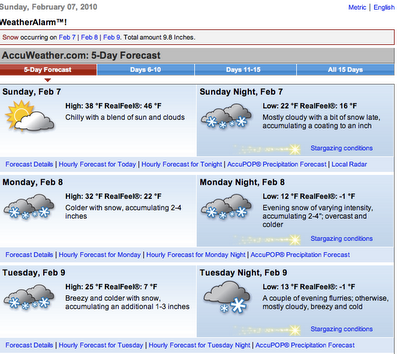 Maybe because it hasn’t snowed 9.8 inches here since, well, I don’t know when. This is big news for this Small Town, Missouri! Especially since we just got 5 inches on Friday (although half of it has melted already.) Two significant snow falls in less than a week… that’s unheard of here!
I don’t think there’s many more creations on Earth more beautiful than a blanket of snow. There’s just something magical about it, almost like Christmas Eve. Oh, perhaps because of snow days… which I don’t really get anymore. But I still secretly (or not) hope for them.
Although I’m giddy like a little girl about the snow, I’m also feeling effects of spring fever. Dreaming of springtime sunshine gives me butterflies too. 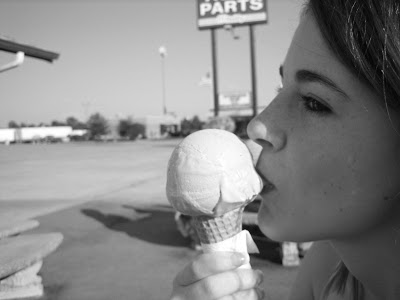 Ice cream, warm, fresh springtime air, green grass, new leaves, budding flowers, flip flops… ahhh. It couldn’t come soon enough!
Oh, but that’s not the last of it. Along with the spring fever comes beach fever. They’re always concurring conditions, although going to the beach would cure both. The farther and farther time slips away from August 2007 (my last beach trip), the more my beach fever intensifies. It’s pretty dang serious. So if I disappear and you don’t know where I am, my toes may be in the sand somewhere. 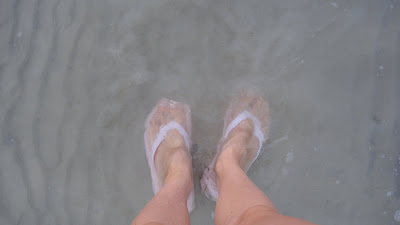 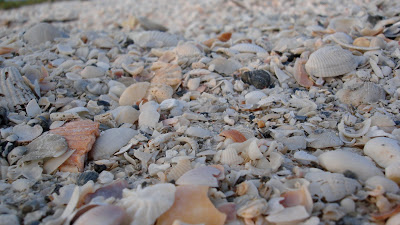 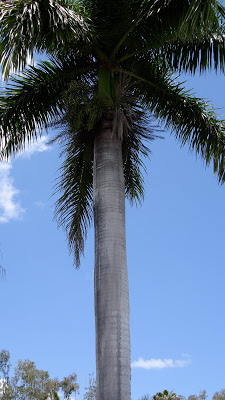 Actually, I’m pretty *cough*… sick. I’m also having Ryan withdrawals, as you know I miss him dearly. Sometimes I have to stop myself from thinking about the future because we haven’t thought of a cure for these withdrawals yet. :( I only get short-term relief from quick visits with him. 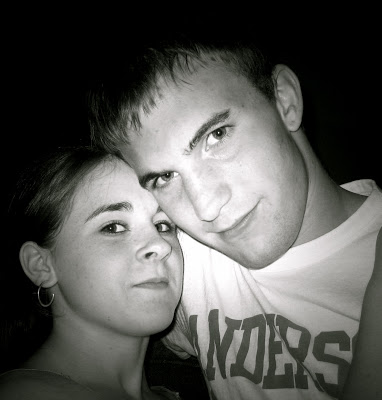 And if my beach and Ryan fever collide, it is cause to be alarmed. It’s not likely though, because it’s hard enough to find ourselves in the same state, let alone at the beach together in some far away state. I try to stay realistic, but I’m not saying it’s impossible… 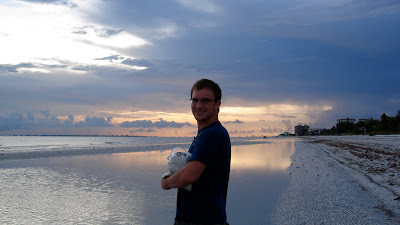 I won’t mention my other chronic fever because I may give off the wrong impression. But no worries, it also stays a safe distance from Ryan fever.
Okay, I’ll give you a hint. 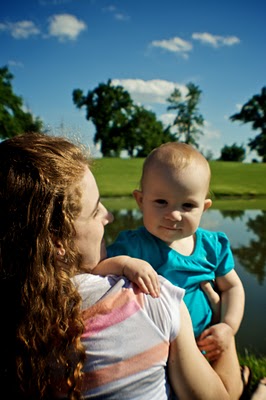 Not saying that they won’t meet someday to form some serious symptoms. In fact, now that I think of it, when you allow three fevers to combine… beach + baby + Ryan = honeymoon? ;-)
So what I think I’m trying to say is… I have a case of contradictions.
How about you? Any fevers or contradictions… or contradictory fevers?