On Friday (July 16th), Ryan helped Christian bring his drums back to life.  His poor drum set had been in pieces stored in a big box for quite some time.  Ryan saved the day and Christian, the aspiring drummer, loved it!  They played drums together and after that, Christian did not want to put his drum sticks down!  Amelia might follow in their footsteps too, because she seemed to enjoy herself.  On the other hand, Christy and I had to find some tylenol, ha!  I think he will replace Ryan in the drumming world once Ryan retires.  Well, that is, IF Ryan retires.  :)

Later that afternoon, we rode our bikes over to Christy’s friend’s to swim in their pool.  I already posted those underwater pictures on this post. 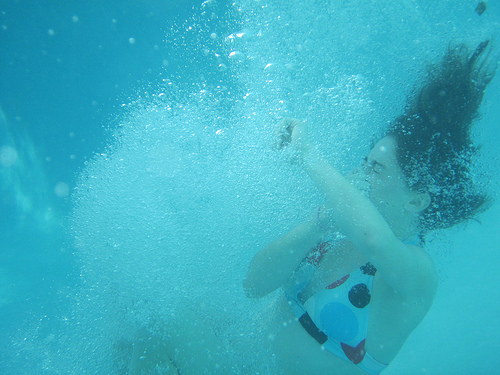 The kiddos, Christian and Amelia, left from the pool to their Dad’s for the weekend.  I was sad to see them go, but it was also great to be able to have some time for a night out and kid-free moments.  We went home and got ready for the evening’s double date!

We drove to Orlando to pick up Christy’s boyfriend, Corey, and then went to Kobe Japanese Steakhouse where we had reservations.  It was my very first time dining at a Japanese restaurant and I LOVED it!  Thanks Christy for the great suggestion and for buying our meal! 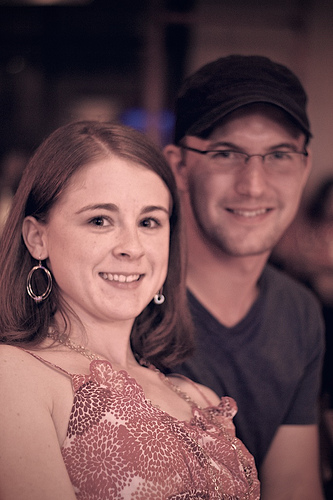 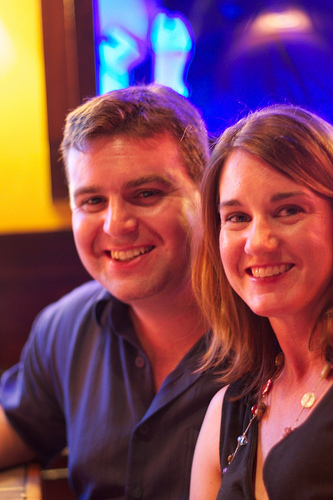 Of course, we sat at a Chef table so we could have the full experience. 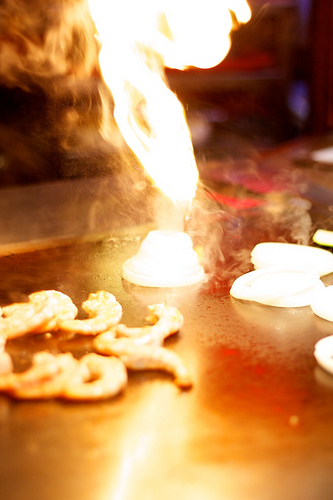 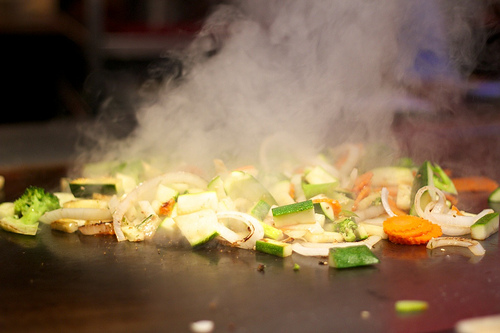 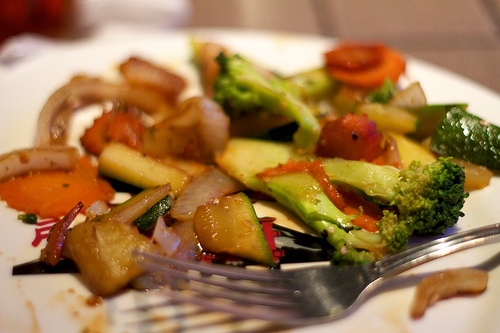 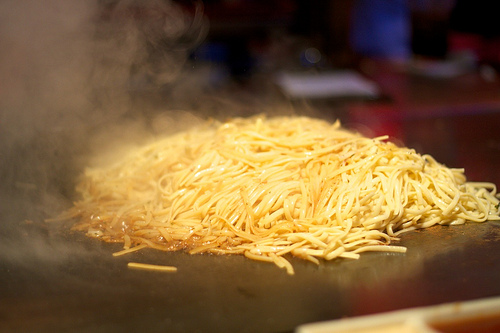 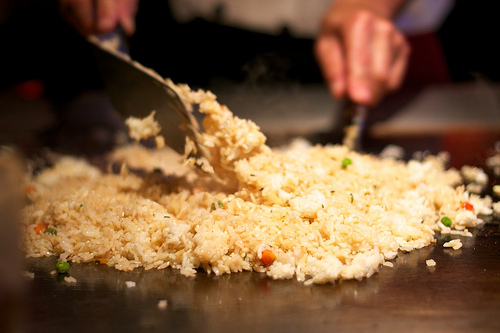 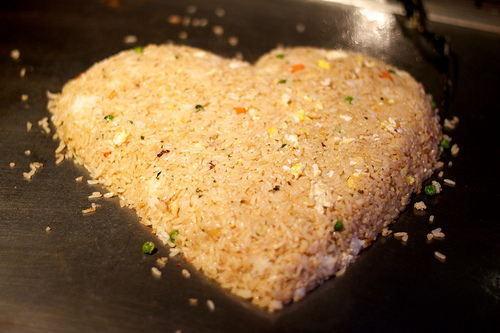 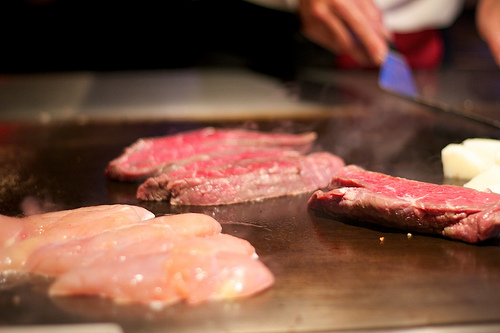 The food was soo delicious!  But oh so filling.  After the soup, salad, veggies, noodles, rice, and chicken… I had a full plate to take home with me.  It’s kind of embarrassing how tiny my stomach is when everyone else next to me can clear their plate! 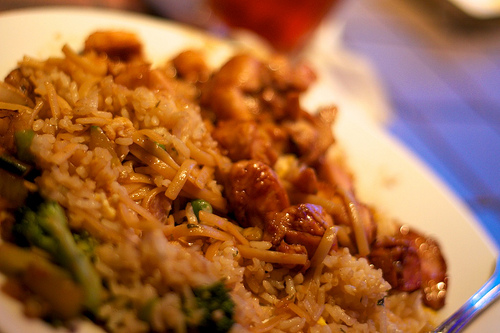 After dinner was the surprise we’d been waiting for!  We headed over to a convention center where IYC (International Youth Convention) was taking place and also where John Tibbs was playing!  He had no idea that we were also in Florida and were coming to surprise him.  He was pretty shocked, but definitely excited that we were there!  We were more than happy to be there to support him and hear him sing in the Sunshine State.  Christy is the newest John Tibbs fan after I let her listen to a few of his songs.. she was immediately hooked!  She bought herself a copy of Origins and got it signed by John that night.

Definitely not the best lighting for pictures, but we had to get some anyway! 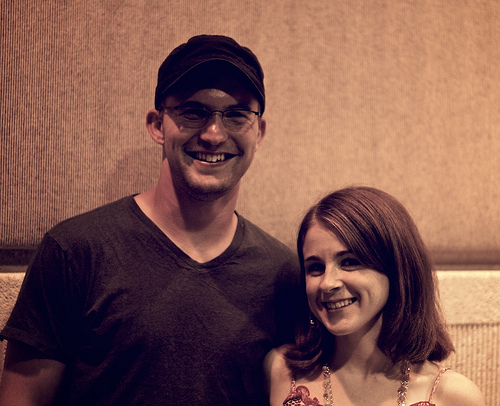 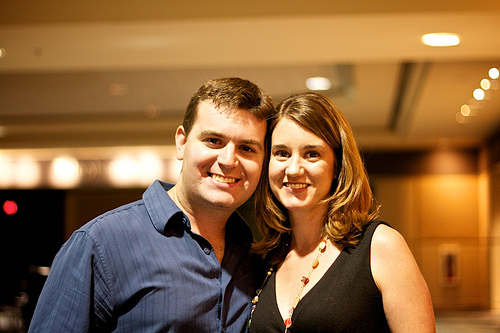 Christy and I did not coordinate our colors but did decide to wear dresses! 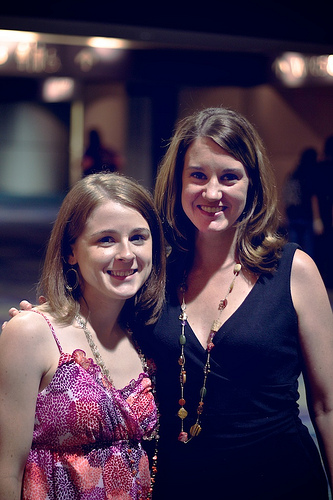 On our way back to Titusville, our curiosity got the best of us and we had to check out this huge McDonald’s that claimed to be “The World’s Largest.”  As soon as I walked inside, I had the weirdest deja vu moment.  Even though I had never been into a McD’s like that, I remembered a dream that took place in a very similar one.  Thankfully, I didn’t get lost like I did in my dream so it wasn’t a premonition. 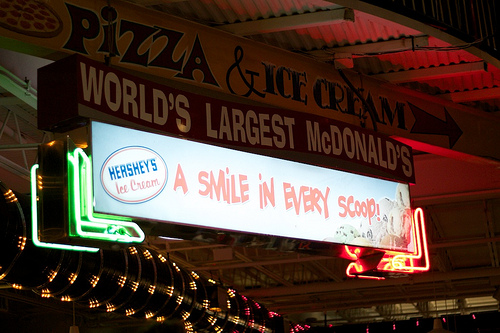 This McDonald’s served other things besides the normal Big Macs and french fries… Corey said they even served beer. 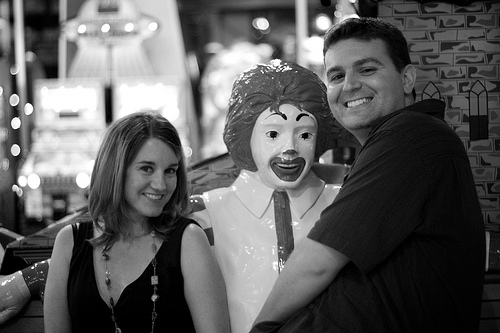 The top level had a play-place and arcade games, where Christy played a free game of skee ball. 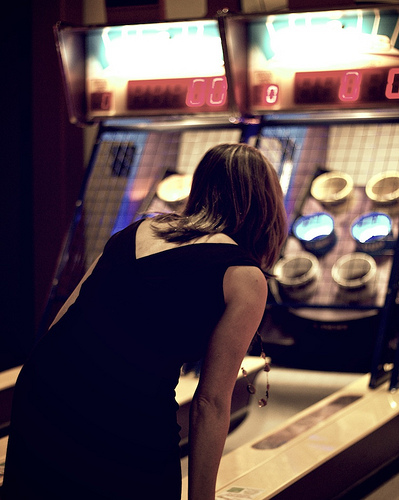 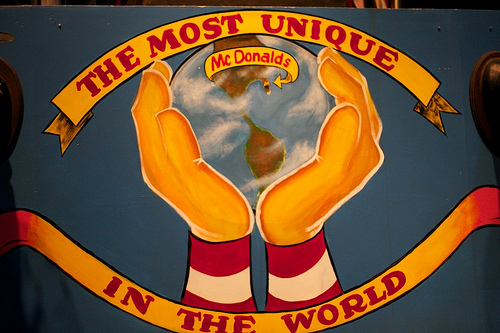 It was a late night (didn’t get home ’til about 1 or 2 AM) and a GREAT night!  Definitely won’t forget the fun time we had together.

One response to “Double Date Night in FL”