A Cold Can’t Ruin Our Fun!

Last Thursday night during the Pad Party (post on that soon!), I felt a sore throat coming on.  You know that awful feeling when you just know you’re getting sick?  And how it’s even more awful when you have something planned in the next few days?

Well, it only got worse over night and it was confirmed: I had caught a cold.  I woke up on Friday wanting to cry because I thought my weekend plans would be ruined.  I went back and forth deciding if I should make the 6-hour trip, and finally I just went for it.  I had the finish line (Anderson, IN; boyfriend’s arms) in mind.  I brought along my Raw Manuka Honey as a natural remedy for the common cold.

I got a later start than I wanted (doesn’t that always happen?), but I was under a deadline.  I needed to make it to the 7:30 pm concert, sick or not sick.  I wasn’t going to miss John Tibbs opening for Addison Road and Tenth Avenue North for The Light Meets The Dark Tour.

I did make it, but by the time I parked, wrote a check for a ticket, and got in to find Ryan, John Tibbs was already on his 3rd (and last song).  Good thing Ryan got it on video!  Check out the video of “Captivate.”  Let’s just say it should’ve been his tour with the whole band up there with him. Awesome!

Next up was Addison Road.  I really love their songs “Hope Now” and “What Do I Know of Holy” so it was fun to hear them live. 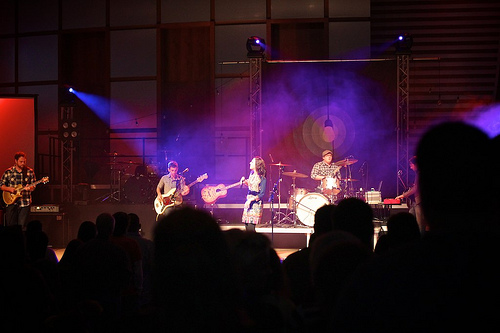 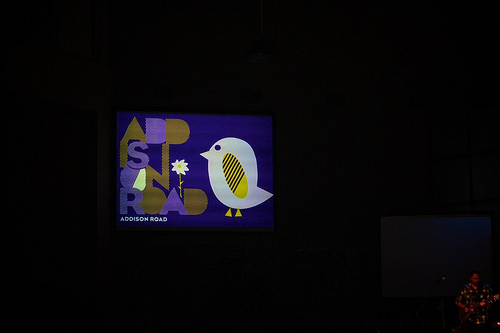 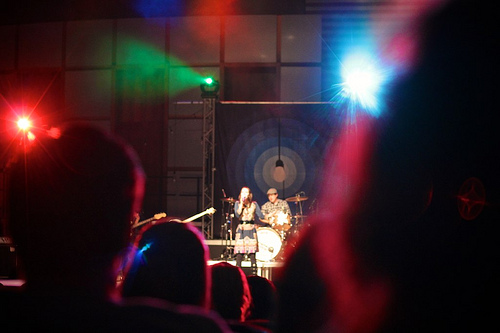 Tenth Avenue North was pretty good, although after a while all their songs started sounding the same.  I only knew like, two of them.  I think they played every song they ever wrote. 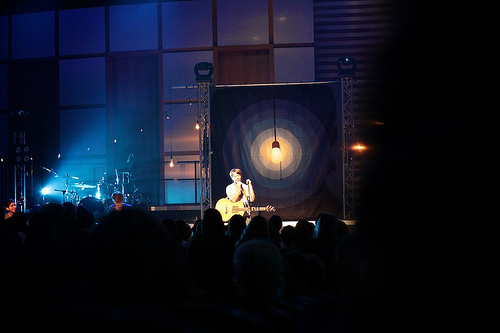 After leaving a bit early and beating the crowd out of the concert, we headed to iHop.  We, as in, another couple (Jon & Laurie) and a 5th wheel (Adam).  I had a late dinner of pumpkin pancakes…mmmmm.  I think those heal colds.

So does cuddling.  And sleep.  Especially sleeping in on Saturday morning and allowing my body to be its own alarm clock. And staying in PJ’s half the day. You get the idea.

After I finally made myself presentable, Ryan opened up his birthday cards and little gifts I brought him. Mind you, I did buy him a rather large birthday gift, in the form of a car. (It’s a story for another post.) And a 50 mm lens as an early gift. Let’s just say he’s probably not getting a Christmas present. 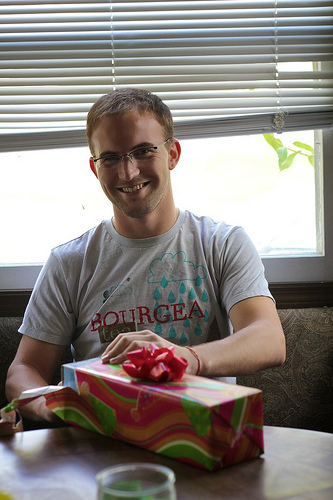 I couldn’t resist buying him a few other things. Like a candle to make his room smell good. Except the funny thing is, he had already bought himself a “Pumpkin Nutmeg Pie” candle and I brought him two choices: Pumpkin Patch or Creamy Nutmeg! I suppose I was right on with what scent he would like? 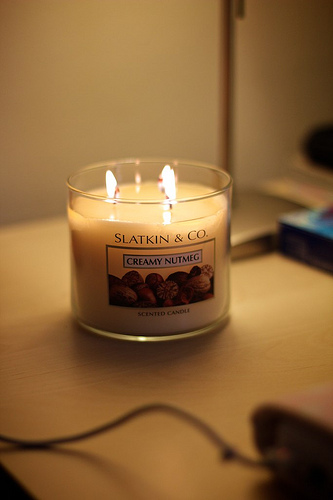 I also got him some Starbucks coffee (Breakfast Blend) – which he smelled before he even opened it. Also some Salt Water Taffy.  Yum!  Isn’t he spoiled?

My Mom got him a fire extinguisher to go along with the card I got him. Because Ryan isn’t just hott, he’s SMOKIN’. (insert smoke detector sound when you open card). hehehe. 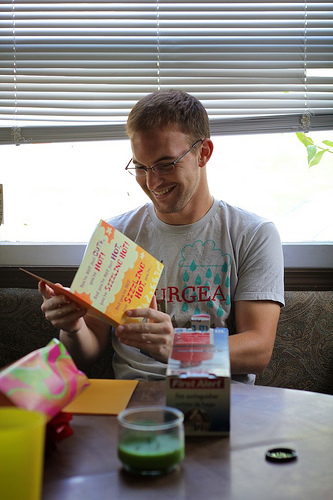 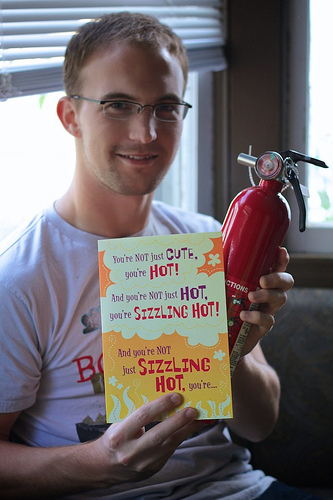 I also wrapped up the coffee mug he painted.

Hello gorgeous.  Can I have a sip? 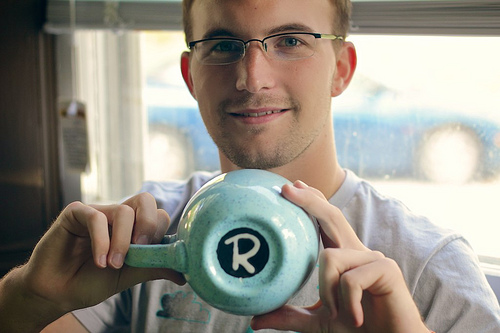 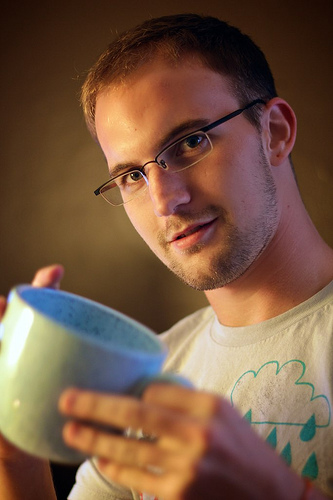 I have an obsession with taking pictures in mirrors. 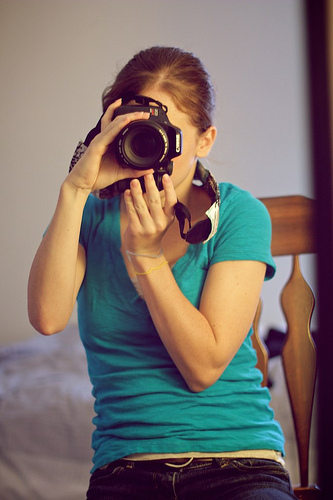 That evening we went to B-Dub’s (aka- Buffalo Wild Wings) to celebrate Jon Class’ 21st Birthday. It was my first time there and the wings were heavenly. Maybe because we were so dang hungry though. We both had some low blood sugar going on. 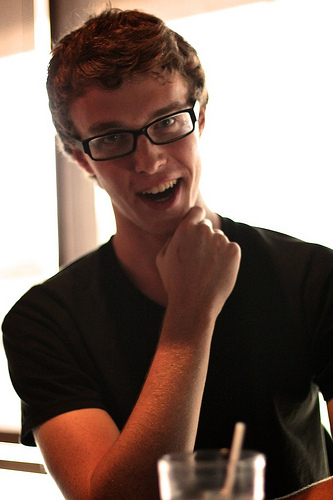 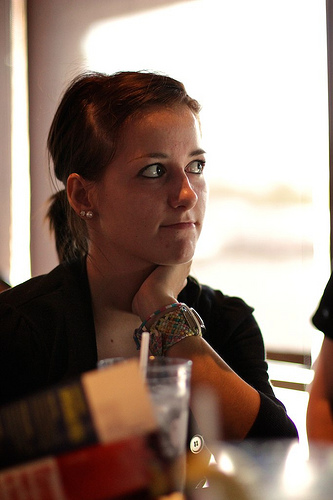 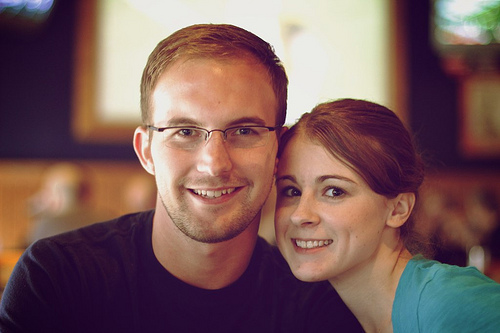 Then we went back to the house, had some local, delicious root beer (which tastes like a root beer float- you don’t even need the ice cream!), chocolate cake, and watched a movie. 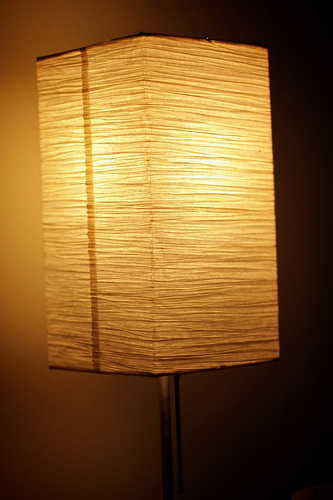 Sunday morning I didn’t have to leave Anderson! I decided to skip my one class on Monday and so that meant Sunday was an extra day there! Yay! Well, Ryan played drums at Church and sadly, I slept in. :( Apparently that wasn’t even enough sleep because I also took a nap.  Such is life when you’re sick.

After our afternoon nap, we drove to Broad Ripple (Indianapolis) to meet up with Todd and Carrie. We ate at Broad Ripple Bagel and Deli, which was so yummy! They are famous for their steamed bagel sandwiches. I had turkey with homemade hummus. The only problem was it was so messy and I used a billion (and a half) napkins! 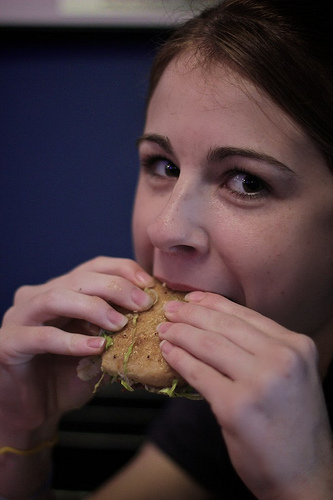 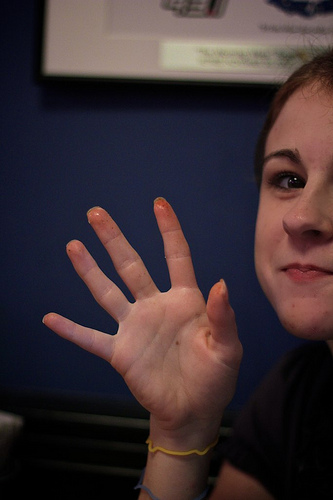 Todd and Carrie got caught in traffic and didn’t make it in time. Soo we walked down the street and we watched them eat.  Then it was off to a local Coffee Shop for some drinks and good conversation. 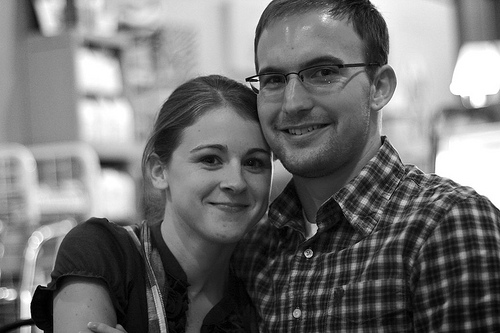 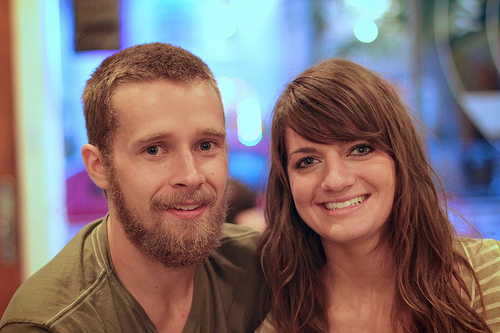 Can you tell which picture below shows the right pair of glasses on the correct owners? 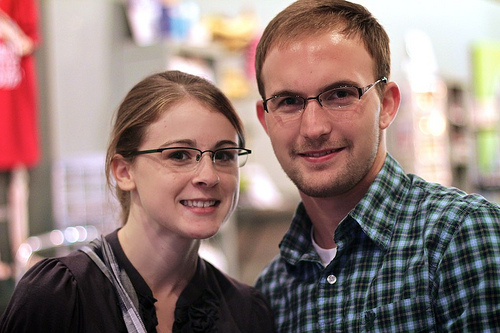 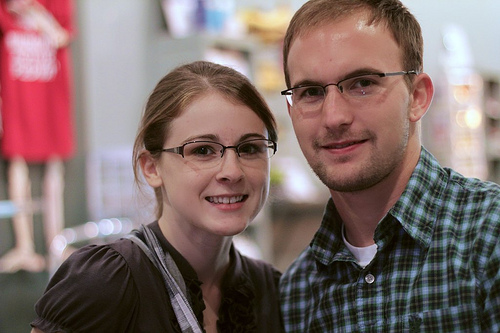 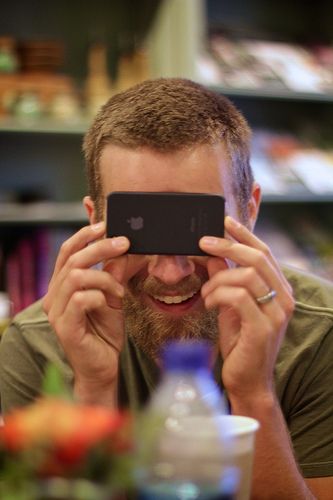 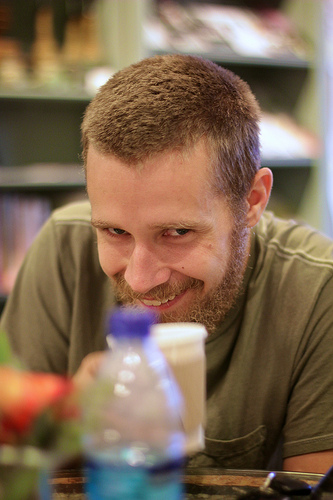 We postponed our bike riding double date until next time, since I was sick and not up to par! I did a little O Chem homework and called it a night.

One difficult thing about going to Anderson is fitting in BF and BFF time.  I only got to see Nour for a few minutes one night, and get a quick tour of her house.  I’m sorry, friend!

Monday morning Ryan made me coffee and oatmeal, and I was off. I needed to make it back for a 3 pm Bio group meeting and then Organic study group. Needless to say, I didn’t make it back until 4. Lesson learned: do not try to find a Chick-Fil-A unless it’s RIGHT off the highway. I ended up in a student Union at some University in Illinois.

And now, almost one week later, I am STILL sick.  And ready to see Ryan again.  :)