Last weekend, Sara and I hit the highway for a weekend trip to Indiana.  Hmm.. wonder what we would possibly be doing there?  ;o)

Oh yes, my boyfriend (her son) lives there, just outside of Indianapolis!  We decided to visit Ryan and check out the Indianapolis scene.

The first night we went to Broad Ripple with Todd and Carrie and ate at Ripple Bagel & Deli.  I could eat there EVERY DAY I think.  Who ever thought that a sandwich on a steamed bagel would be so heavenly?

We also walked down the street to Monon Coffee for a dessert drink.  My blueberry white mocha was also heavenly.  Sigh.

Sara had never been downtown and I’m always up for it!  Sooo on the rainiest possible day, we adventured around the city in our rain-boots.  Oh, and I bought a rain jacket that day too when we hit up the Rustic Moon Outfitters.  Wonder if I would’ve bought it if it WASN’T raining that day?

Unfortunately, I only took a few photos that weekend, but I did happen to get a few good ones in the Chocolate Cafe.  If you ever go to downtown Indy and find yourself in a circle, check out the Chocolate Cafe – South Bend Chocolate Company.  Well, unless you don’t like chocolate…

We each got mochas and Sara insisted that we each eat a chocolate covered strawberry.  Mmm… we had dessert for lunch that day.

Then, we had an early dinner (the sugar only lasts so long) at the Three Sisters Cafe in Broad Ripple.  Ryan found the restaurant on his iPhone and come to find out, it was featured on the Food Network before on Diners, Drive-Ins, and Dives!  That’s pretty neat.  :o)  It was a yummy little cafe with lots of vegan (and non vegan!) choices.

On Sunday we went to The Creek (Christian Church) where Todd leads worship for the 5th and 6th graders and Ryan was playing drums.  Unfortunately we had to pack up after we ate lunch and hit the road again.  A short, but sweet trip!!!!

Here’s a few photos from our fun weekend… 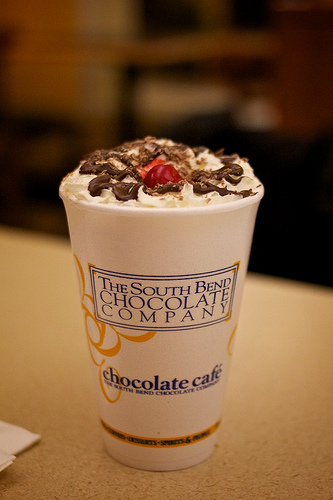 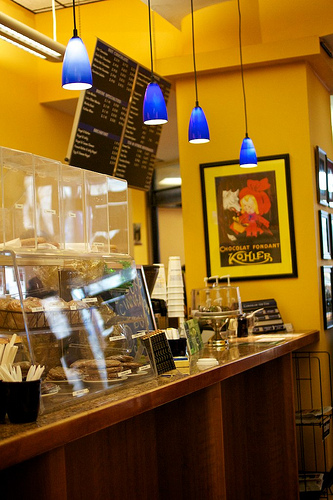 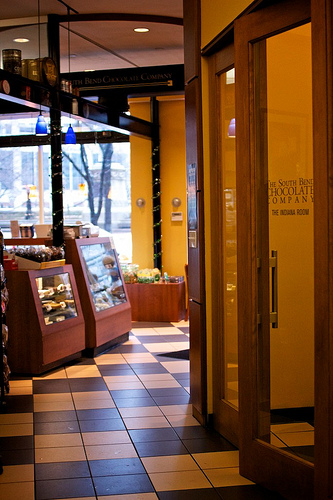 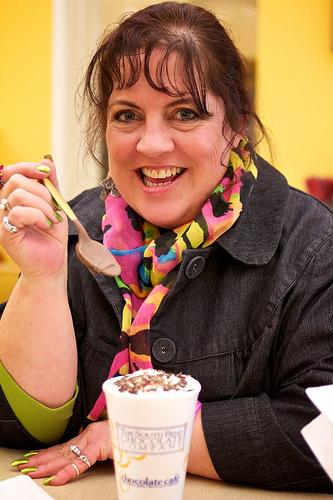 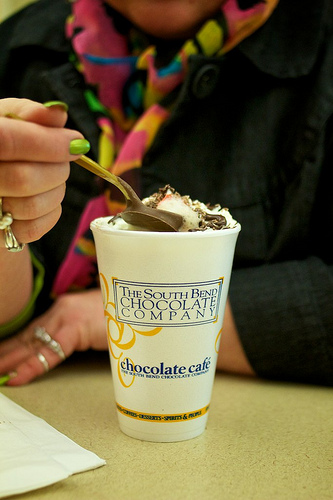 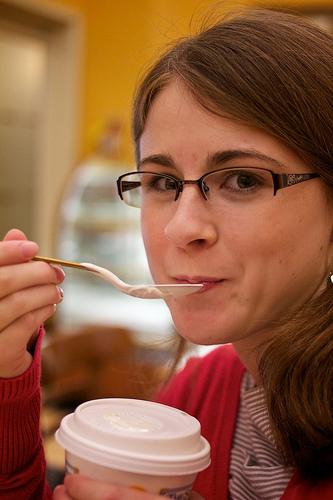 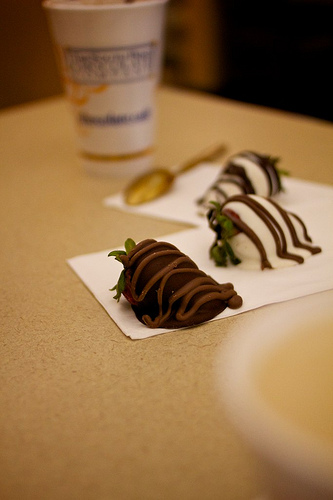 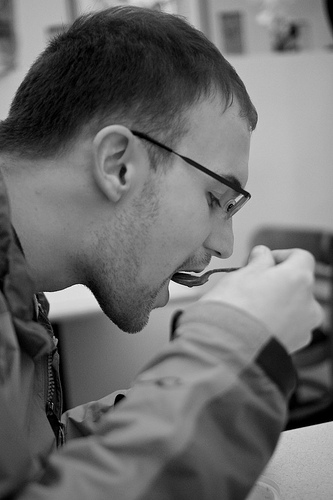 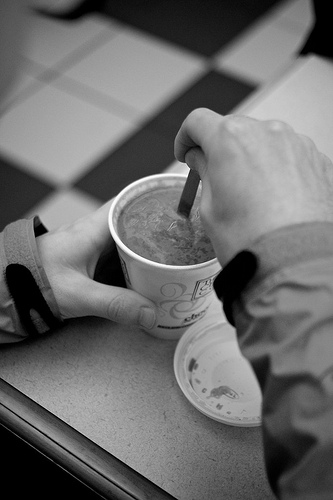 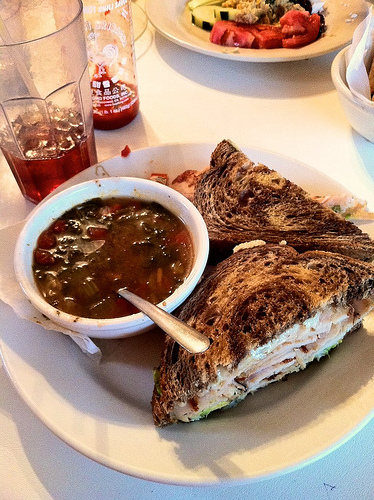 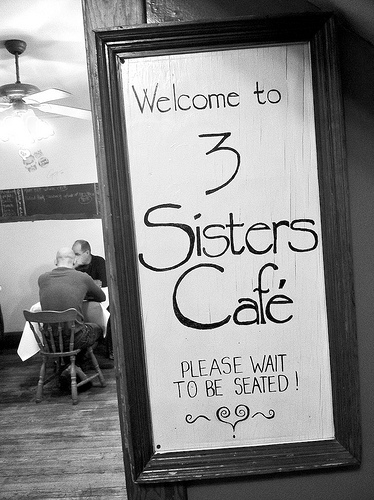 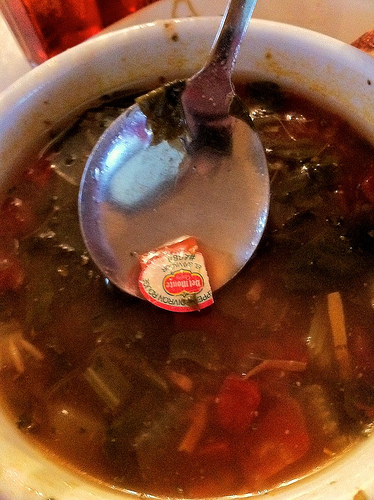 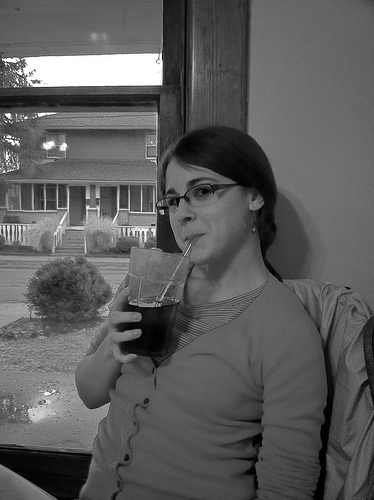 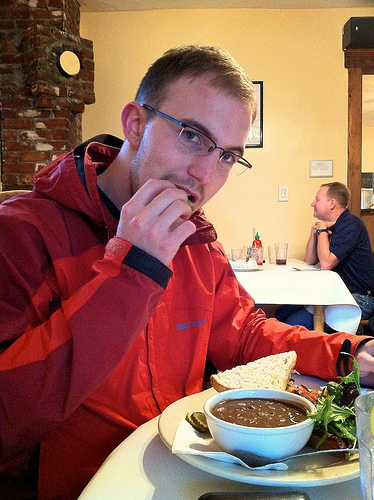