5 weeks ago was the beginning of a week off from school, the always much needed Spring Break. (Wow, I can’t believe it has been 5 weeks already.) I spent that Monday in St. Louis with my Mom, because I had to have a follow-up ultrasound for a breast fibroadenoma. (It’s not a concern.) We also ate lunch at the usual California Pizza Kitchen and went to the mall while we were there. Surprisingly, my Mom wanted to stop by the Cancer Center where my Dad was treated. We were going to say hi to his former Oncologist, but he wasn’t there. We did see his ENT/surgeon though and he was glad we stopped by. I was afraid that stepping into that building would bring back a lot of memories and emotions, but it really didn’t. We went there so many times before that I guess it just felt “normal.”
When we got back from St. Louis that night, I had to pack for Indiana. Yep, the next day (Tuesday) I headed to Indiana to see Ryan and my friend Nour too! I was really excited and all packed up Monday night, but when I drug myself out of bed on Tuesday morning with a sore throat I was really bummed. I was catching a cold and could it have been any worse timing?! I decided to suck it up and just go anyway because I wasn’t feeling horrible yet. However, as I made the 6 hour trip I felt worse and worse as time went on. My throat hurt so bad and I didn’t drink or eat anything on the way there. I started to regret going because I just wanted to crawl back in bed and sleep. I made it though, barely, at about 8 pm and crashed into Ryan’s arms. Well, after I ate a salad for lunch/dinner since I was about to pass out from not eating.
I stayed in my friend Nour’s apartment while I was there and slept in both mornings trying to fight off my cold. Also, AU was not on break so they still had to go to classes of course. Ryan was really busy on Wednesday, so Nour and I hung out all day. I felt a tiny bit better that day–Nour cooked me a yummy lunch and then we went and relaxed in the sun in the yard of our old dorm. We used to lay out a blanket and bask in the sun on nice days during our freshman year. It was fun to reminisce in the super relaxing weather with the bright sun and wind to cool us off. We both agreed that could’ve lay there for hours. Well, we practically did. 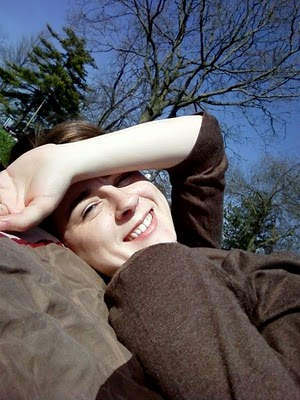 That night when Ryan was finished with his classes and internship, we hung out again. He took me on a hott date to the campus “cafeteria” called the Marketplace. It was weird to be there again after I hadn’t in almost 2 years. It didn’t change much. That night we went shopping at Kohl’s for some jeans for him. (His birthday present.. umm 6+ months late, yes.) And that was about all I had energy for that day!
The next day, April Fool’s Day, it was already time to head home. And this time, I wasn’t alone–Ryan drove me home! His Easter break started that night and so he came back home with me for a few days. So we packed up, ate breakfast/lunch at the other place on campus, and while he went to class/got ready/finished up some work, Nour and I hung out outside again. The weather was so nice that week! We took a walk around campus while we waited on Ryan. 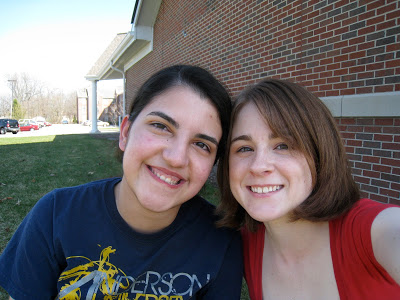 I talked to my Mom on the phone and she, The Queen of April Fool’s, told me a few that she had pulled some jokes that day. Well first off she tried to trick me by texting and saying she woke up with the stomach flu. I knew she was fibbing so I got her back by saying that Nour woke up with it too.
Then she told me that she had seen Ryan’s Mom, Sara, at a restaurant during lunch and told her an April Fool’s joke that could get someone beat up! She said to Sara.. “Have you heard that Mindy is trying to get pregnant?!” MOM!! WAY TO (ALMOST) GIVE SARA A HEART ATTACK! That was definitely a horrible joke to play. ;o) But I still couldn’t help but laugh.
When Ryan was finally ready to go, Nour and I played a little joke on him. She got in the car and we acted like she was going to Missouri with us. He believed us and started pulling out of the parking lot… so Nour said “Wait, I forgot my cell phone!” When he turned back around I got out of the car and gave her a hug goodbye. We got him! hehe. To read about our April Fool’s joke we played on a professor our freshman year, click here.
So anyway, Ryan and I stopped by an Old Navy for more birthday shopping before leaving Anderson. We also stopped in Indianapolis at a mall where Ryan ended up finding one shirt. Then Ryan had planned to meet up with Todd & Carrie (Todd is in the John Tibbs band too) and eat dinner. But by the time we met up, it was past 9 pm and we had to resort to eating in a Pub. It was okay though, we had a good time talking with them.
(I stole this cute picture from Carrie’s Facebook to give you a visual incase you don’t click on her blog.) 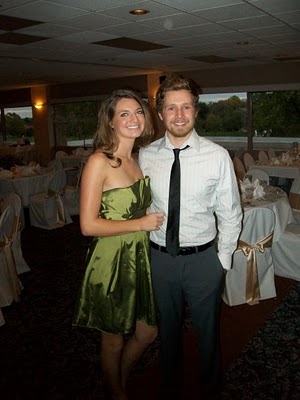 So it turned out that we didn’t leave Indy until about 11 pm and yes, we still had 5 hours ahead of us ’til home. Ryan had a few energy drinks and I tried to sleep but couldn’t get comfortable. My throat was super dry and scratchy so I couldn’t even talk to him and help him stay awake. I drove the last 40 minutes or so and we finally made it home about 4 in the morning. Probably not the brightest idea to stay awake so long when you’re trying to fight a cold, but hey I survived.
Friday and Saturday were just relaxing days, enjoying finally being able to hang out . Saturday was round 1 of Steven’s senior pictures and we also got in the hottub for a bit. Sunday was Easter and so we went to Church, went out for lunch, did round 2 of Steven’s pictures, and then Ryan’s Mom came over for dinner with my family. It was a good day and Steven even got a few cute pictures of Ryan and I. (Much appreciated!)
And as you know, Ryan had to go back to AU on Monday (he got a ride from someone else) and I headed back to classes. It was a good week together though, despite my annoying cold. It couldn’t ruin the precious time with my bffs. I also enjoyed hanging out with my Nour, who I rarely get to see. So thankful for both of them! 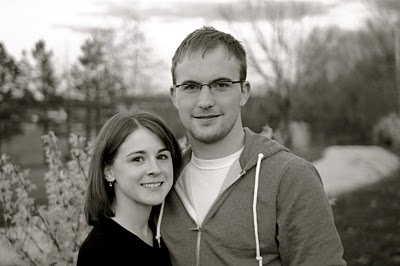 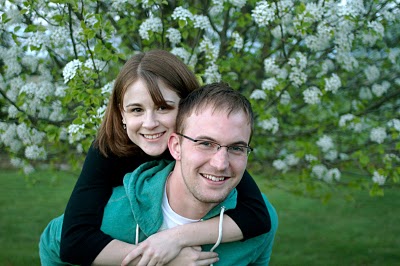 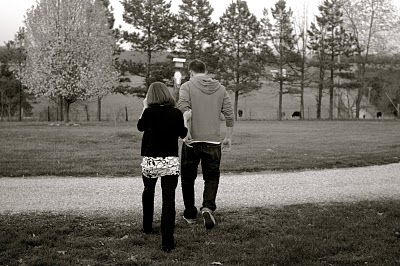 Ryan fell asleep like this– he was tired after waking up early to play at Church. By the way, this is the new shirt I bought him. 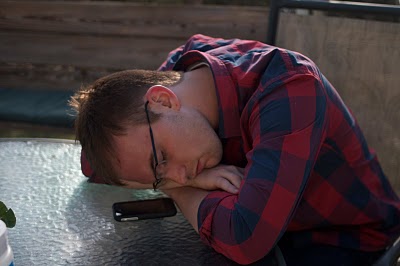 And now I get to see Ryan THIS WEEKEND! EEEK!