Guess what Ryan and I each bought on Monday?

Here’s the big hint: A mode of transportation, fun, and exercise…
It was his idea, but I bought one too. Obviously I thought it was a good idea.
…….
If you guessed bikes, you are right! 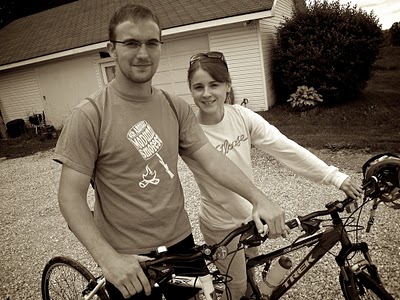 Ryan has been talking about getting one for a while, and I thought… well he can’t ride alone. ;o) It’d be fun to do together too! Apparently this surprised him (read his blog post here– I think I like surprising him). But I used to love riding bikes when I was younger, so why not now? I also need the exercise, as I don’t get any of that.
So, Ryan did a lot of research (as he always does) and let me in on the info. We decided what we wanted, but ended up with different bikes after getting help at a local bike shop where we made our purchase. Ryan got the Trek 7.1 FX and I got the Trek 3 Series: 3500. Mine is a mountain bike, but they switched the tires for me because I wasn’t planning on using it for that purpose. The reason why I went with that bike is because the wheels are smaller and since I’m small, it gives me more control. Ryan got a bike that will be good for commuting when he goes back to Anderson. 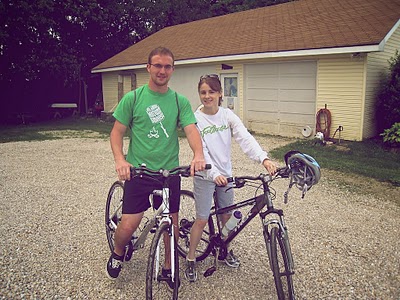 For now, we’ll be riding around the area during the summer. We’ve only gone one day so far (one day when it actually stopped raining) — first on a gravel road by my house (hills+gravel+out of shape=hard!) and then in town by his house. We actually ended up riding about 6 miles the first day. Not too bad for someone who is completely out of shape (me, of course)! I’m sure Ryan could’ve rode like 20. As for me, I could barely make it the first mile on my road. I actually was thisclose to passing out after a few hills. No really, I’m being serious. Ringing ears, sweating, blurred vision and all… as I was standing in the road freaking out and holding onto Ryan. Thank goodness for a sweet boyfriend and no passing cars at that moment. Not my proudest moment, hah.
But hey, I made it back home and we loaded up our bikes into my car (yes, they fit into my little Eclipse!) and went into town. Ahhh, so much easier on smooth ground. 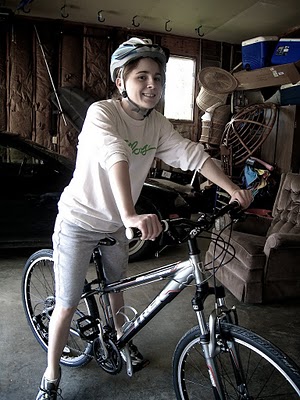 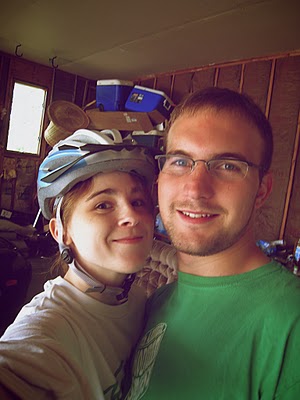 {These two pictures were taken after we got back to my house. Can you tell? Ew. By the way, I was the only one with a helmet but Ryan went back and got one. He needs to be safe, and not look like he’s riding with his little sister.}
That was just our first day, but I’m sure there will be many more to come! Hopefully no more passing out though. Just waiting for the never-ending May showers to clear….
P.S.- And how appropriate! It’s National Bike Month, and specifically Bike-To-Work week.

One response to “Summer Purchase”